FOSSILERA
FOSSILS FOR SALE
NEW
CRYSTALS
ABOUT
ALSO - Be sure to check out our large, selection of authentic fossils for sale including Megalodon teeth, trilobites, ammonites and dinosaur fossils.

I've seen many questions about how the spiny trilobites from Morocco such as a Walliserops, Comura, or Koneprusia can be preserved with free standing spines after nearly 400 million years.

The answer is when they are found they are encased in solid limestone, and are found by literally sledgehammering blocks of limestone looking for cross sections of trilobites.  The pieces are then glued back together and the surrounding matrix (rock) is removed using air abrasive techniques (think minature sand blaster) under high magnification.  A well prepared trilobite of one of this species often takes in excess of 40 hours of work by a master preparitor.  Not a task for the impatient person but the results can be spectacular.  This is also the reason for the price on many of these trilobites, it's the preparation cost, more than the cost of the actual fossil you are paying for.

Here's an example of a spiny Walliserops trilobite in it's unprepared state.  This is the one with long trident coming off of it's head and about 40 free standing spines.  This particular specimen I'm planning to prepare sometime in the next month and will post a time lapse of the preparation process when I am done. 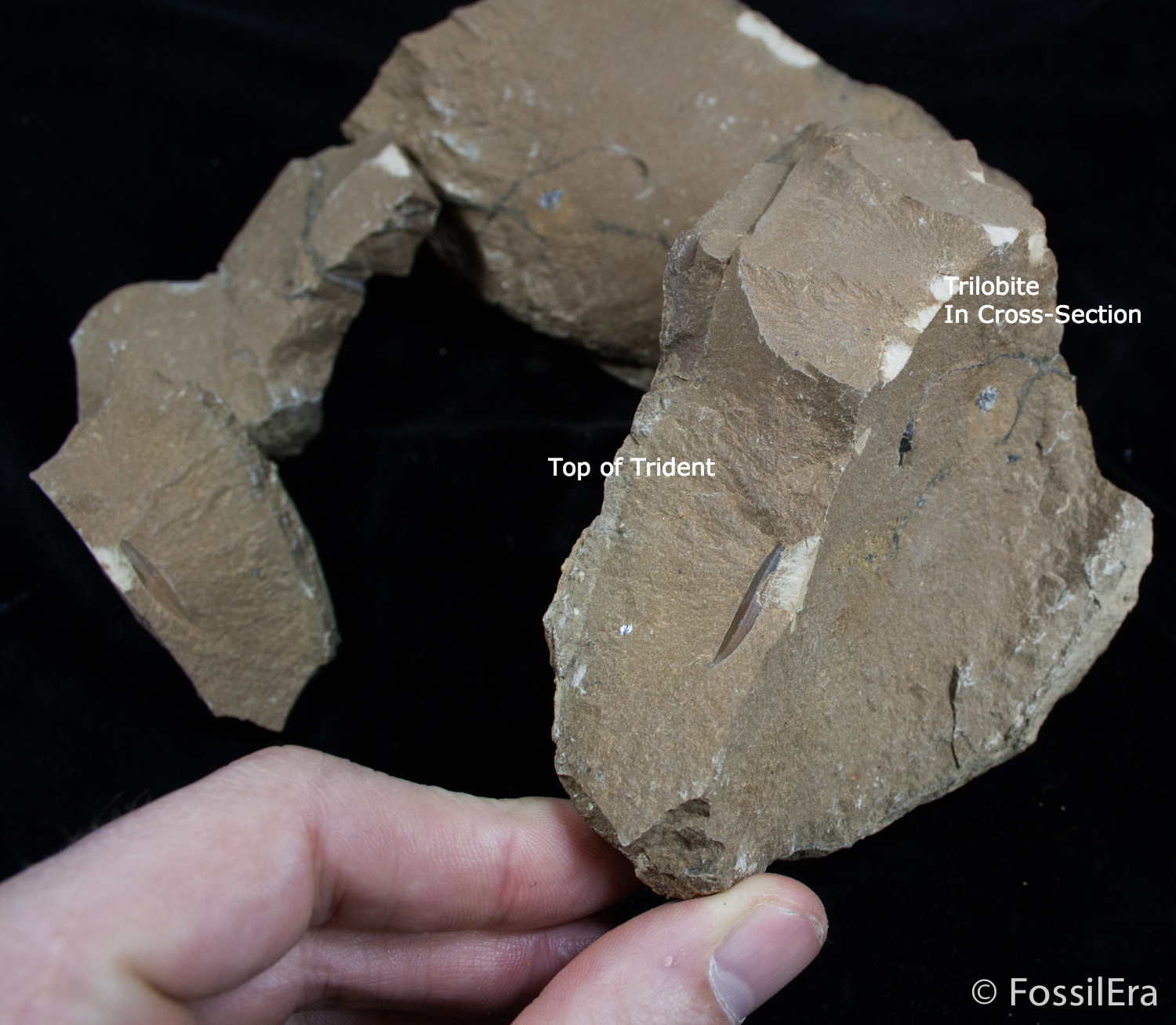 Shipping and transporting trilobites and other fossils with delicate free standing spines is a real challenge.  One of the most effective methods is to physically bolt the fossil to the inside of a container so that nothing but air is touching it during shipping.  This is how most of the spiny Moroccan trilobites gets shipped to me from my supplier.

I've had some questions on how this is actually accomplished so after some experimenting here's some instructions. 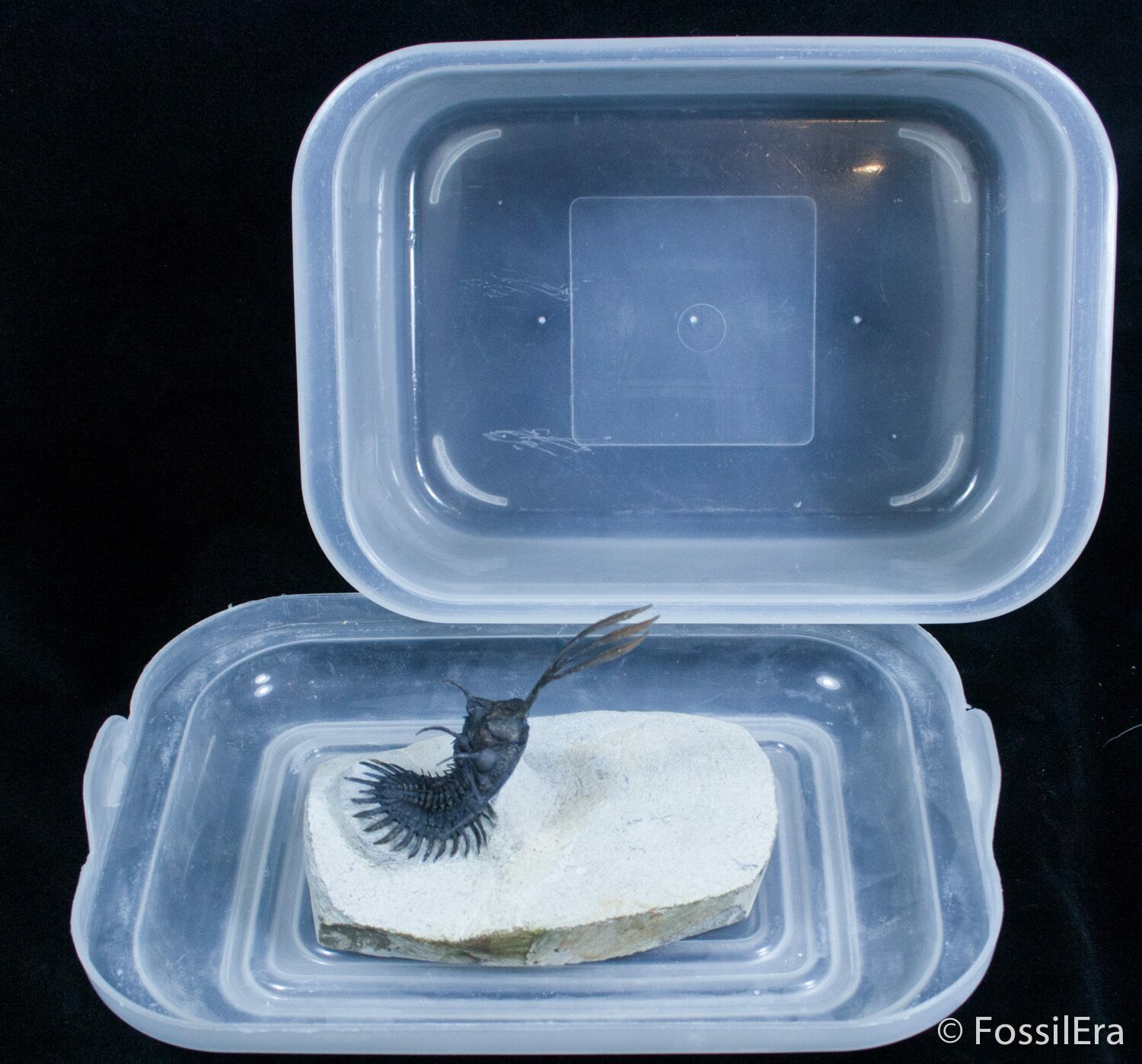 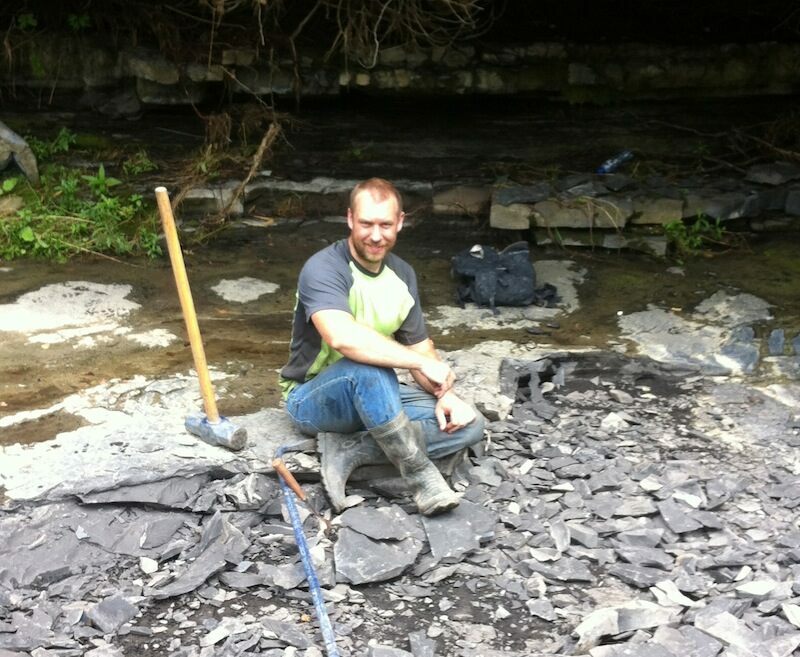 Recently I have done a number of interviews related to FossilEra and first question that always comes up, is what led me to start the company.

Like many kids I grew up being obsessed with dinosaurs and fossils.  My parents can tell stories about how I would spend all day digging in the sandbox looking for dinosaurs.  I’m sure I checked out every book at the library related to fossils a dozen times, and I dreamt of being a paleontologist when I grew up.

Unfortunately, there is a long history of fake and heavily restored fossils being marketed as authentic.  Even a lot of well known dealers don't disclose the amount of restoration work that has been done on specimens they sell.  In many cases I don't think it's a problem of dishonesty.  I think most simply don't know better.  The methods of restoring/reconstructing fossils have continued to advance and many of the signs people are used to looking for just don't work anymore.

I go through great lengths to ensure that the fossils being sold on FossilEra are accuretely represented.  I am able to fall back on nearly two decades of experience collecting and preparing fossil trilobites to assist in this.  For example some of the reconstruction on trilobites  has reached a level that even with my experience, and under microscope I sometimes can't pick it out.  That's why I often need to resort "destructive" methods to expose potential restoration such as air abrading away possible paint or using solvents. 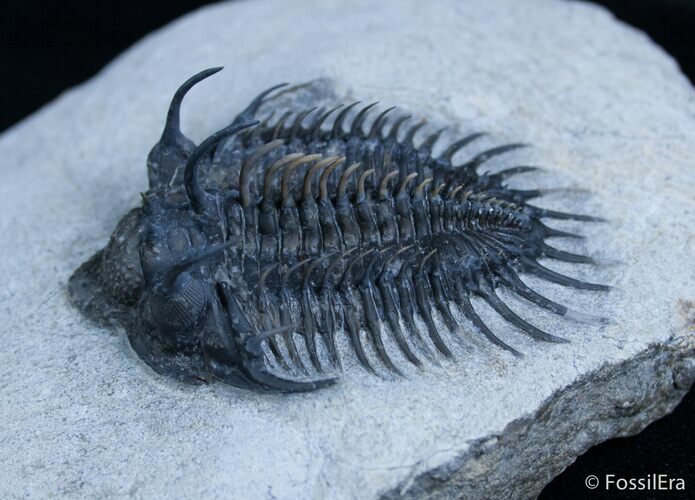 Here is an of the very spiny trilobite, Comura bultyncki which has a full compliment of over 40 vertical spines along it's back.

This is a specimen I picked up for my own collection at the Tucson mineral and fossil show last week which I thought I'd share.  It's the most impressive and best prepared plate of the very weird trilobite Walliserops trifurcatus which I've ever seen.  It comes from the Devonian aged rocks near Foum Zguid Morocco and was prepared by one of it not the best preparitors of Moroccan trilobites, Hammi. 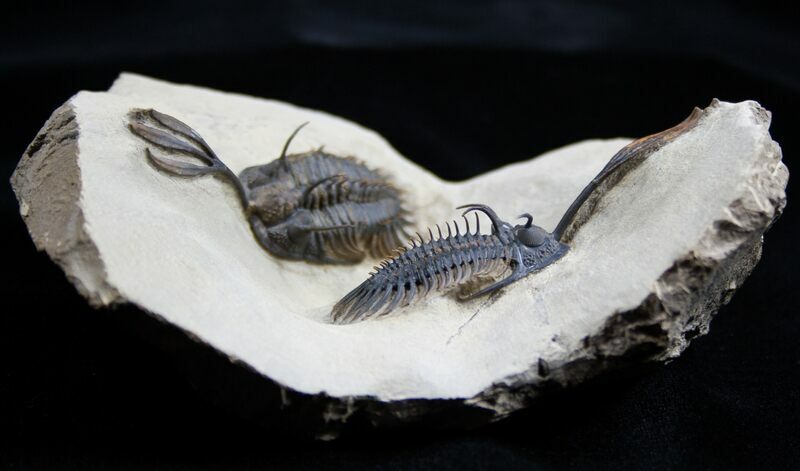 I was very excited to have a big box of trilobites arrive from Morocco yesterday.  It taken over a month to reach me, so I had been getting pretty impatient.  There are lots of more common species as well as a few nice spiny ones protected in plastic cases.  The quality of trilobite preparation available from Morocco has come a long way since I first started collecting trilobites 15 years years ago. 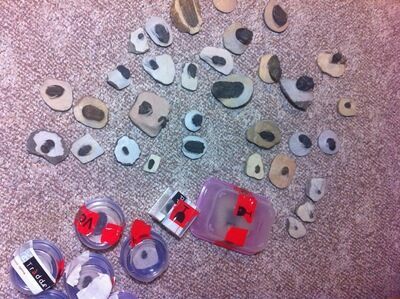 There is still plenty of work to do before they get listed on FossilEra.  I'll go through every one of them to verify there is no major restoration work and that I can accurately detail any minor restoration in the descriptions.  Some types of restoration with reveal itself under black light, while much of it will require close examination under high magnification looking for incorrect textures or colors. 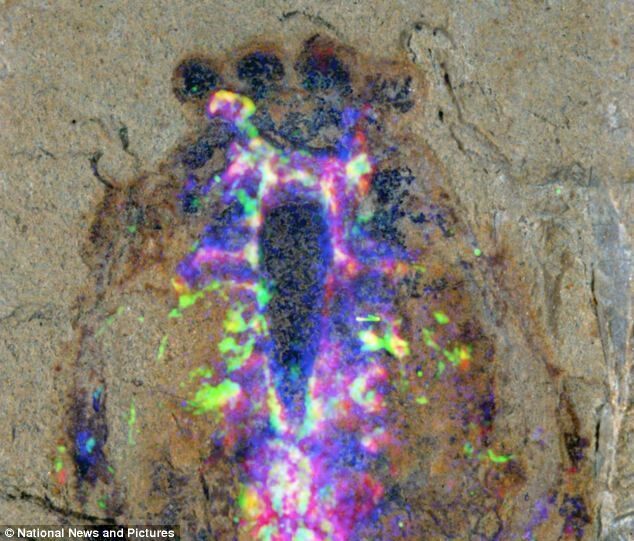