Fossils
Mammals
Mammoth
A Mammoth is any of the members of the genus Mammuthus. Mammoths looked like modern elephants except most had long hair and longer tusks than modern elephants. Mammoths lived during the late Pliocene through the Pleistocene, from approximately 5 million years ago to as recent as 4,000 years ago. Their fossils are relatively common in many Pleistocene aged deposits around the world, including the North Sea, river deposits in the SE United States, Hungary and Siberia.
19 Items ($25 to $2,295) 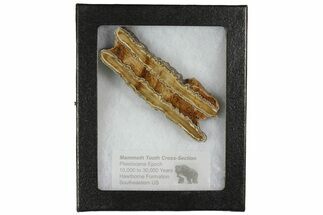 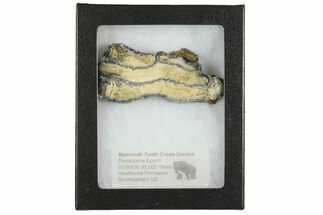 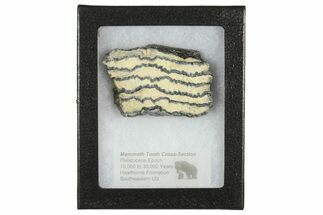 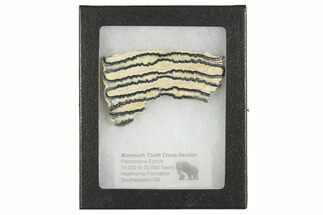 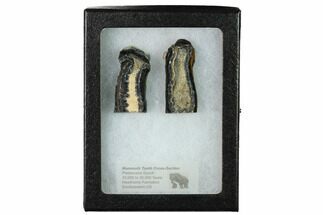 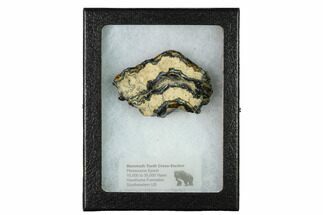 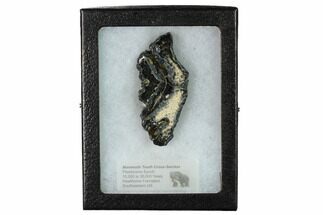 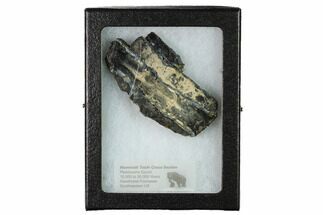 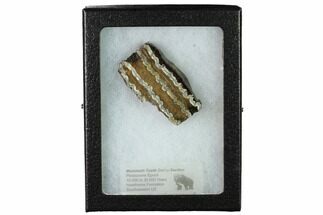 When Did Mammoths First Appear?

When Did Mammoths Go Extinct?

It is widely held that by about 10,000 years ago, Mammoth of all species had died out across its mainland ranges. A few isolated populations did remain on islands that did not see human activity. St. Paul Island in the Bering Sea had a mammoth population that survived until about 5600 years ago. It is believed that they came to an end because of a lack of fresh water. The last Mammoths were on Wrangel Island in the Chukchi Sea North of Siberia. They died out about 4000 years ago. About 500 years after the Great Pyramid at Giza was built.

Why Did Mammoth Die Out?

There is some controversy as to exactly why Mammoths are extinct. Many believe that climate change at the end of the Ice Age caused a loss of habitat that precipitated their extinction. Others believe that human activity in the form of hunting was the cause of the demise of the Ice Age Megafauna. Still others believe that a comet explosion in the atmosphere, or disease was the cause. The common thinking today, is that climate change and human activity combined to cause the extinction of the Mammoth.

How Many Kinds Of Mammoth Were There?

There were six important species of mammoths.

Mammuthus subplanifrons - The first recognized form of the genus Mammuthus. This Mammoth stood between 10-12 feet tall, weighed 9 tons, and although it did not have the heavy hair of later species, it did have the long curved tusks that help define the genus.
Mammuthus meridionalis - Also known as the Southern Mammoth, this mammoth was about 13 feet (4m) tall and weighed about 10 tons. Like M. subplanifrons, it lacked the heavy hair of later species but did have the long curving tusks. This mammoth lived in Europe and Asia. Unlike other mammoths this species lived in a woodland environment and ate leaves as well as grasses.
Mammuthus trogontherii - Known as the Steppe Mammoth, this is the largest of the mammoth species at 14.5 Feet (4.5 meters) tall and weighed 9-10 tons. It is the first of the heavily furred mammoths. Its tusks could get as long as 16 feet in older males. It lived in eastern Asia and Siberia and may have moved into the Beringland bridge or even Alaska.
Mammuthus primigenius- This is the iconic Woolly Mammoth. It descends from the Steppe Mammoth and lived in the northern part of North America. It had long, heavy hair, and long curving tusks. It is quite likely that a dwarf version of this mammoth was the last mammoth. The woolly mammoth is the state fossil of Alaska.
Mammuthus Columbi - This Mammoth lived in what is now southern Canada and the United States. It is descended from M. trogontherii but was slightly smaller at 14 feet and 9 tons. It had the heavy hair and fur of M. primigenius as well as the long tusks.
Mammuthus exilis - This is a dwarf mammoth from the Channel Islands of California. It is likely from a group of M. columbi that were isolated when the sea level rose and cut the islands off from the mainland. It was about 5 feet (1.7m) tall and weighed about 1500 pounds.

There are a number of other names for mammoths found in different areas. M. jeffersoni is a common one. Current thinking is that M. jeffersoni is an age or size variation of M. columbi rather than a separate species. Many of the old scientific, or common names are being reclassified into the five species listed above.

Where Did Mammoths Live?

With the exception of the Southern Mammoth, who lived in woodland areas, Mammoth lived in open grasslands called Steppe. This is a landscape characterized by heavy grass cover, few trees and limited precipitation. The Grasslands of Europe and Siberia as well as the Great Plains of the United States and Canada are examples of steppe grasslands. The steppe was much more widespread during the Ice Age than it is today. Mammoth remains have been found throughout the Northern Hemisphere, from as far north as Wrangel Island, south to Southern Mexico.

How Long Did Woolly Mammoths Live?

It is thought Mammoths of all species lived between sixty and eighty years. This has been determined by counting the growth rings found inside their tusks.

What Is The Difference Between A Mammoth And A Mastodon?

Mammoth (Mammuthus sp.) and American Mastodon (Mammut americanum) both existed during the Pleistocene but there are some major differences. Both mammoth and mastodon resemble modern Indian Elephants, mammoths were 11-14 feet tall while mastodon were 7-10 feet, both had heavy fur but mammoth were plains dwelling while mastodon were woodland dwellers. The biggest difference between Wooly Mammoth and mastodon is in their mouths. Mammoth had flat, wide teeth, primarily for grinding grasses. Mastodon had cusped teeth for chewing leaves and branches. Mastodon also, only lived in North America while Woolly Mammoth lived throughout the Northern Hemisphere.

What Is Mammoth’S Closest Living Relative?

Mammoths are most closely related to modern Indian elephants. All species of Mammuthus are extinct but both are genera of the family Elephantidae. They share several characteristics. They have similarities in dentition although their diets are different, they have similar stance with shorter back legs, and they have similar ear shape and size.

Can A Woolly Mammoth Be Cloned From Dna?

It is probably not possible to use DNA to create a genetically pure Woolly Mammoth. Researchers have found frozen mammoth DNA in specimens recovered from permafrost in Siberia. DNA has a half life of 521 years so even a 4000 year old mammoth carcass would only have a tiny fraction of its DNA left intact. It has been suggested that segments of intact DNA could be spliced into a living elephant genes but that would only result in a hybrid. If enough hybrids could be interbred for generations, a mostly pure mammoth might be possible but it is not likely that it would. Modern environmental conditions could play a role in gene expression preventing a Woolly Mammoth as we envision them.

What Color Were Mammoths?

Wooly Mammoths had a dual layered coat. The undercoat was made up a light colored fur. The outer coat was made up of long guard hairs. It is these guard hairs that gave a mammoth its color. Like all true hair, there are four possible colors, black, brown, blonde and red. Most preserved mammoth remains show red hair. This is most likely due to color change brought about by extended burial. It is believed that most mammoths were a variation of brown with some black and blond as well, as red.

Yes, Woolly Mammoth are fossils. Actually, that answer could depend upon where the particular specimen is found. The remains found in the rivers of the southeast US are fully fossilized while remains out of the SIberian permafrost are almost as fresh as the day they died. These often have undigested food in their stomachs or ever intact blood cells. Remains found in the North Sea are halfway in between fossilized and fresh. Despite these different levels of preservation we call all mammoth remains fossils.

Yes. Tusks of all Elephantidae are modified incisors. They are the same teeth as the fangs on a Saber-tooth Cat, or your cat or dog. Mammoth tusks grow forward instead of down like fangs. Because they grow for the entire life of the animal they can get quite long. The longest mammoth tusks know, was 16 feet long. The average male tusks were 7-8 feet and female tusks were 4-6 feet.

Did Woolly Mammoth Have Predators?

While a full grown, healthy mammoth, had no real predators. Young and weak adults were often food for the predators of the time. Saber-tooth Cats, American Lion, Dire Wolf, and Short-faced Bear, all preyed on Woolly Mammoth. The greatest predator they faced however were humans. Humans may have been a contributor to the extinction of all Mammuthus species.

Since the only mammoth flesh available today comes from the permafrost of Siberia, only the most curious have ever tasted it. It has been described by one such individual as tasting like bitter mud.