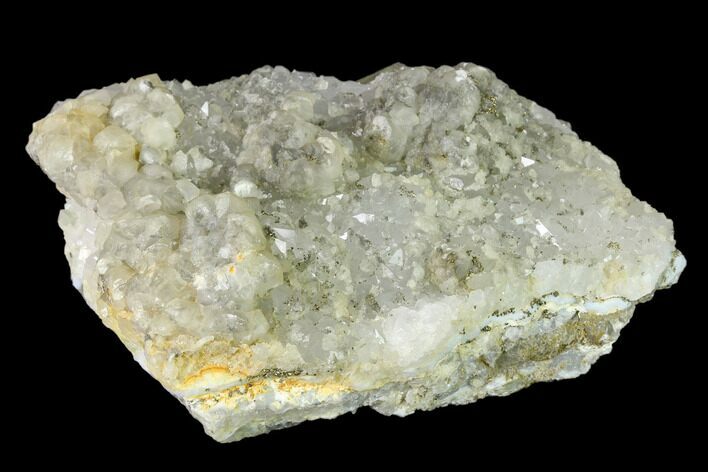 This is a cluster of quartz crystals that are partially encrusted in calcite and peppered with small pyrite formations, collected from the Oumjrane area of Morocco. Partial fluorite crystals can be found along the edge and what could be considered the underside of the specimen.