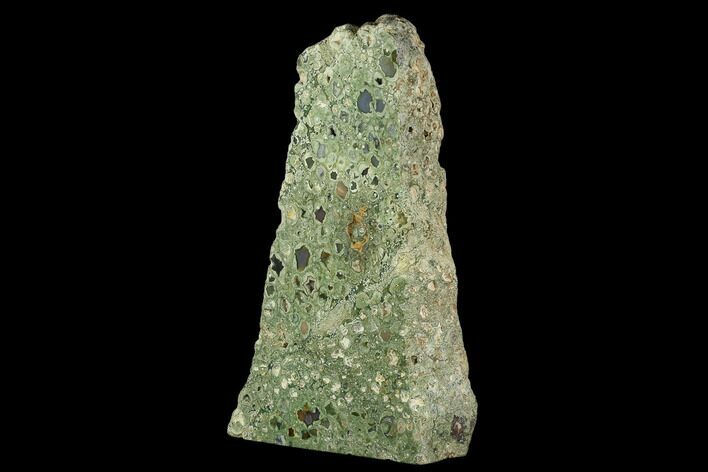 This is a 11.9" tall polished Spherulitic Rhyolite section, collected from Mt. Hay, Queensland. Rhyolite (Rainforest Jasper) is group of extrusive igneous rocks, typically consisting of large-grained crystals such as feldspar or quartz dispersed in a fine-grained silicate rich rock. This type of rhyolite features pockets of agate.

One edge of this specimen has been cut flat, allowing for aesthetic presentation without the need for a display stand.

Rainforest jasper is the trade name for a very colorful type of Rhyolite. It was formed during an eruption of the long extinct Mount Hay volcano near Queensland, Australia about 120 million years ago. Rain forest jasper gets its name because the mixture of green, red, yellow, brown, and orange colorations reminds people of a rainforest canopy. The spherical cavities (orbs) are lined with often lined with opal and tridymite; and filled with chalcedony.

A rhyolite is a volcanic rock characterized by a high silica content and formed by eruptions of granitic magmas. Granitic magmas which are very dense and due to their density they cool more slowly allowing a lot of time for large crystalline structures called phenocrysts to form. These phenocrysts are typically silica based minerals such as quartz and chalcedony and are what give rainforest jasper its unique appearance.

Agate is a variety of microcrystalline quartz (chalcedony) that displays translucence and in some cases banding. Agate primarily forms when silica-rich fluids fill pockets within rock and/or fossils, resulting in deposition of the silica along the walls of the rock. This process can result in banding patterns as the composition and impurities of the fluids change over time. These banding patterns can either form as flat layers or rounded layers, depending on the surfaces available for deposition.
FOR SALE
$345 $310
DETAILS
SPECIES
Rhyolite
LOCATION
Mt. Hay, Queensland, Australia
SIZE
11.9 x 8.1", up to 2.8" thick
CATEGORY
Polished Rocks & Crystals
SUB CATEGORY
Jasper
ITEM
#130404
SHIPPING
Shipping & Return Policy info. 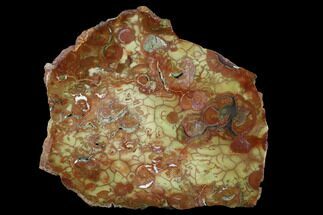 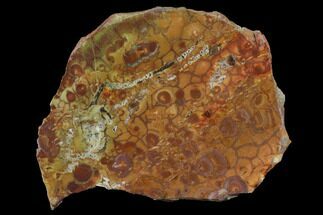 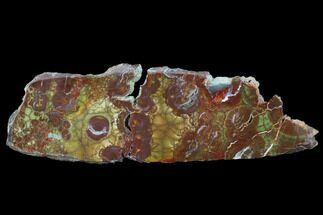 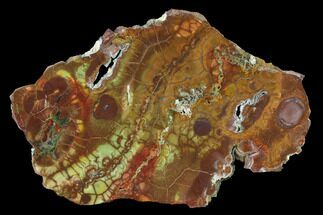 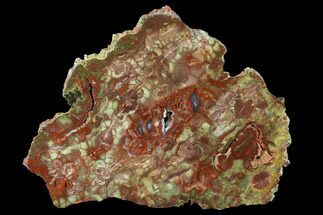 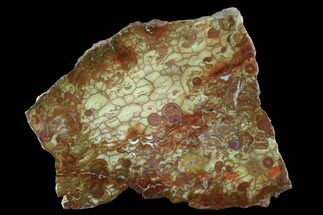 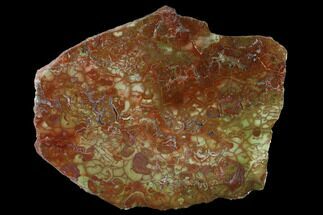 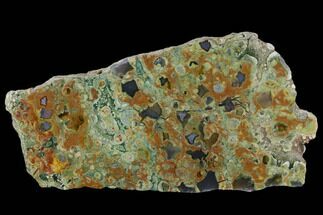 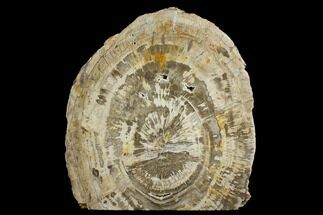