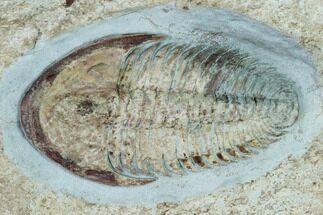 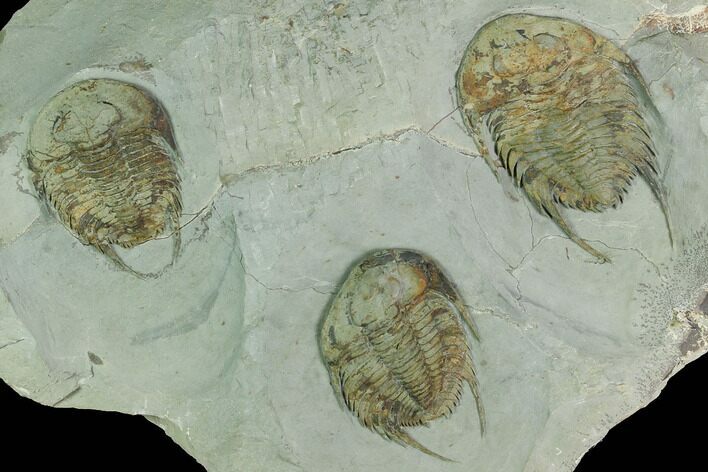 This is cluster of three, Lower Cambrian Neltneria termieri trilobites from Issafen, Morocco. This is a uncommon species in the formation, so finding three in association like this is unusual. They are all well defined specimens that have been nicely prepared to bring them out in relief against the shale.

In the past few years, deposits near Issafen, Morocco have begun yielding a new assemblage of Early Cambrian trilobites. This fauna is very diverse and consists mainly of ellipsocephalids, chengkouiids, gigantopygids, holmiids, neltneriids, saukiandids, and the latest fallotaspids. The shale when freshly split is a greenish to slightly yellow color but weathers to a light grey.