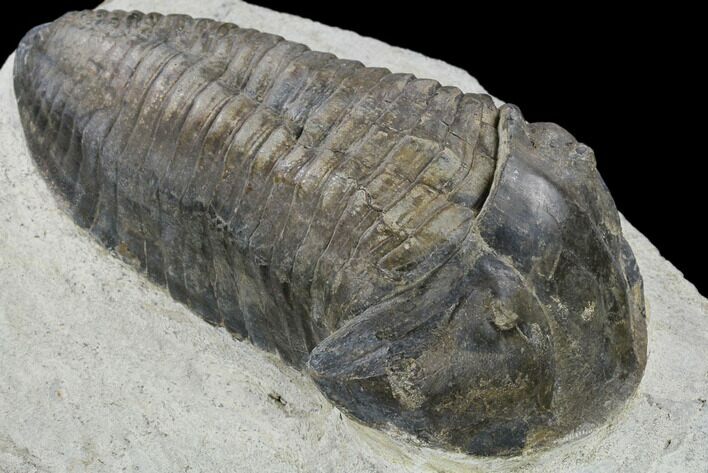 This is a species not normally seen from the Timrhanrhart Formation, Parahomalonotus calvus. It's quite large at 7" long and very inflated. It displays some compression which is the case with nearly all of the trilobites that come out of the layer. I suspect the head on this specimen maybe a composite from another specimen, but the work is so well done it's difficult to tell if that's the case or it's just some repair work between the head and thorax. A few patches of shell restoration, but nothing too major.