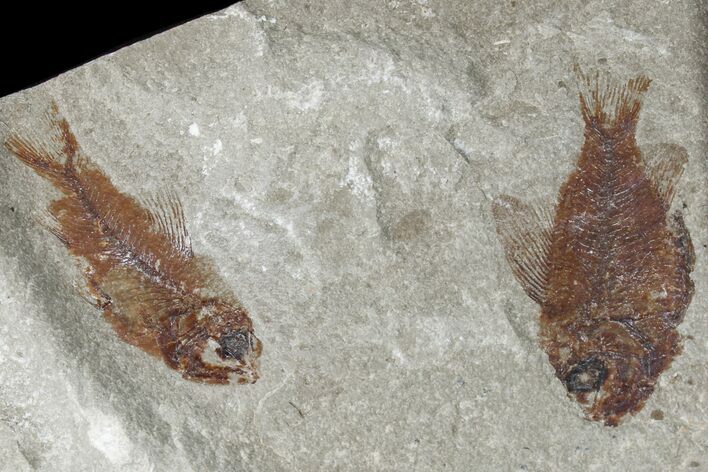 These are two fossil fish from the Upper Cretaceous marine deposits near Hakel, Lebanon. Both fish are 1.3" long, with the slightly larger fish being Ctenothrissa sp. and the smaller fish being Hemisaurida sp. The detailed preservation of these fish shows bones, scales and fin rays. There is no repair or restoration to this specimen.