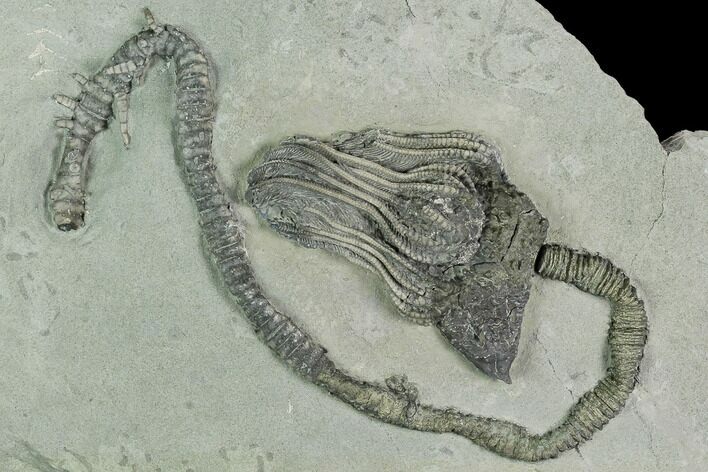 This is a 5.5" long Platycrinites hemisphericus crinoid from the bluff's site near Crawfordsville, Indiana. The crinoid crown is naturally associated with a gastropod (Platyceras). The quality of preparation on this fossil is exquisite - using skillful air-abrasion techniques under a stereo microscope.

This is a composite piece, meaning the stem and the crown are from two different crinoids. The stem is on it's original rock and the crown has been composited onto it. 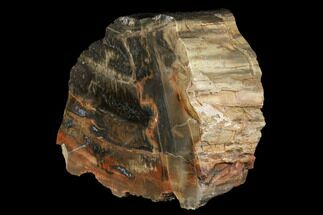 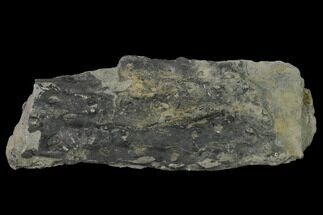 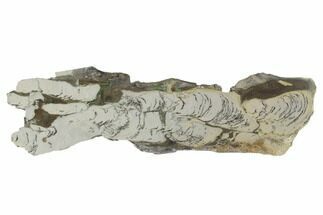