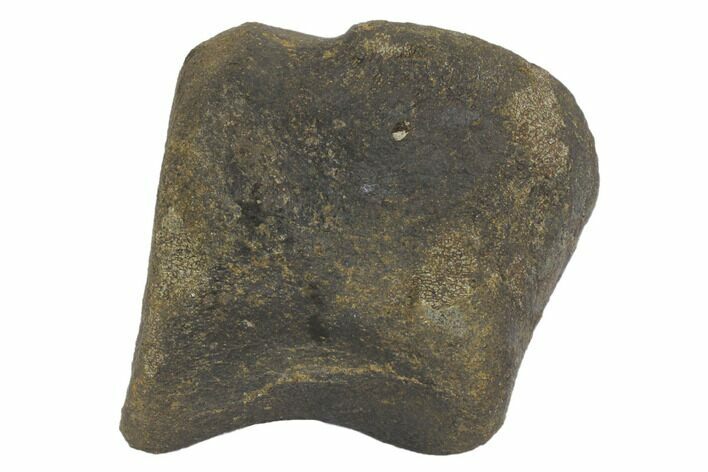 This is a 3.4" wide Hadrosaur (Hypacrosaurus sp.?) phalange (toe bone) that was collected from the Two Medicine Formation of Montana. It was collected this spring and is still in great condition. The cortical bone has weathered away from some of this bone, revealing the mineral formations within the bone matrix. There are some natural fractures through this bone that have been stabilized with glue. Other than the glue stabilization, there is no additional repair or restoration to this bone.

It sits nicely on the provided custom metal display stand.