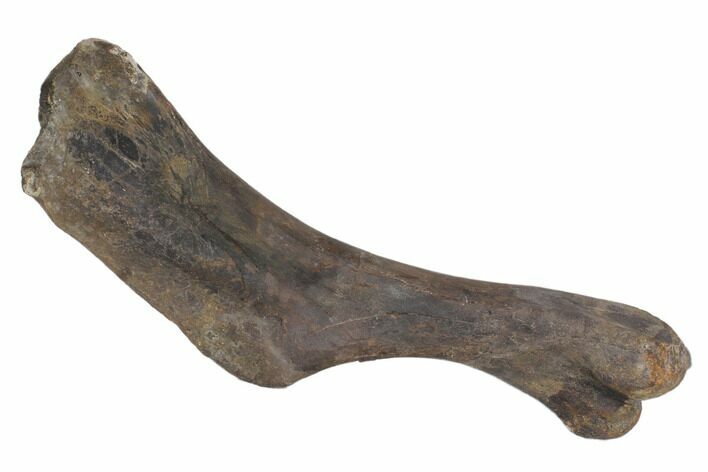 This is a large, 26.5" long Hadrosaur (Hypacrosaurus sp.) humerus bone from the right arm, collected from the Two Medicine Formation of Montana. It was collected this last spring and has been nicely prepared from the hard rock surrounding it.

Overall this humerus bone is in exceptional condition, requiring relatively little restoration to put it back together. The most significant restoration is in the form of gap fill at the distal end where the bone broke and crumbled at the point of breakage. About half way up the bone there is another crack that resulted in additional fracturing, however the gap fill restoration isn't quite as outstanding. There are other small spots of gap fill restoration and/or fracturing of the bone that required glue stabilization scattered throughout the bone. The distal and proximal ends of the bone have undergone some weathering, revealing the mineral replaced osteons (bone cells & bone matrix).