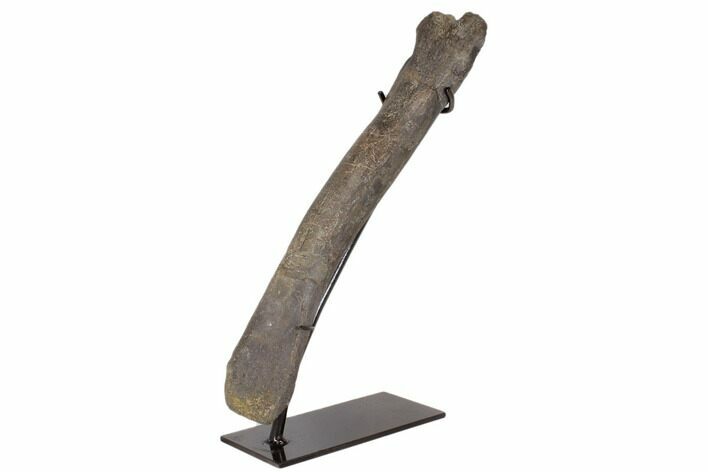 This is a large, 19.6" long Hadrosaur (Hypacrosaurus sp.) ulna bone from the right arm, collected from the Two Medicine Formation of Montana. It was collected this last spring and has been nicely prepared from the hard rock surrounding it.

There are multiple repaired cracks through the diaphysis. The largest repaired cracks (one near distal epiphysis and one near proximal epiphysis) required gap fill restoration where the bone crumbled or wasn't recovered. There is restoration in two spots near the proximal end where bone was missing and restoration was necessary for stability. Each epiphysis is weathered, with the most significant weathering at the proximal end where both the olecranon and medial-proximal processes have weathered away.