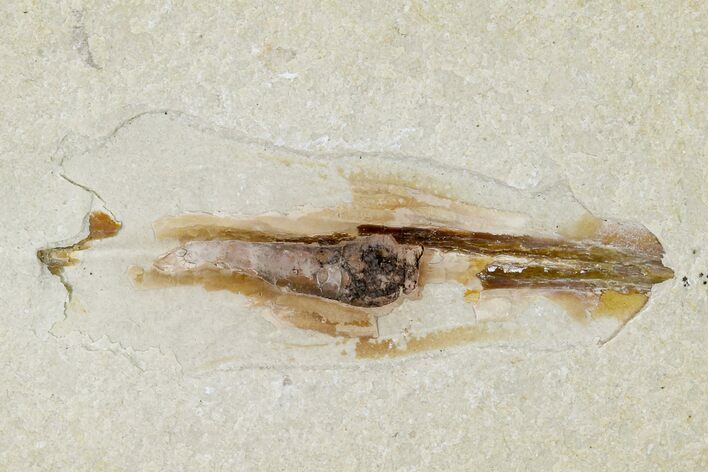 This is a 1.3", unidentified soft bodied cephalopod fossil from the Upper Cretaceous marine deposits of Lebanon. Soft bodied organisms are uncommon in the fossil record. This is the quill and ink sack from the body of a cephalopod, likely some type of squid.