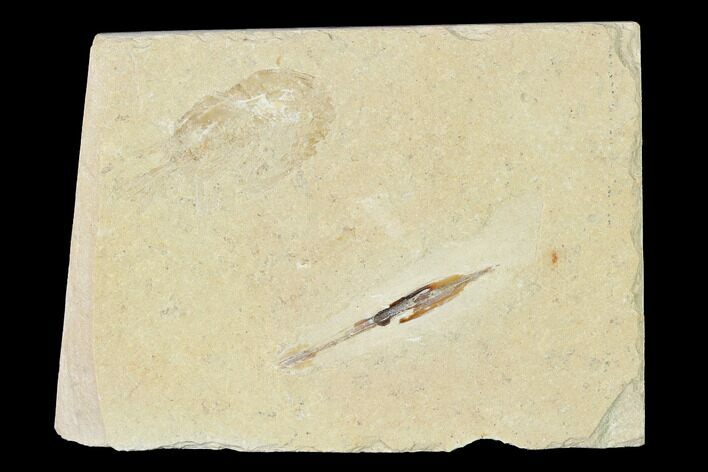 This is a 1.2" long, soft-bodied fossil squid from the Upper Cretaceous marine deposits of Lebanon. Soft bodied organisms are uncommon in the fossil record. This is the quill from the body of a cephalopod, likely some type of squid. There is also a fossil shrimp associated with it on the small piece of limestone.

A photo of one of the quarries at Hjoula, Lebanon
SOLD
DETAILS
SPECIES
Unidentified
AGE
Upper Cretaceous (~94 Million Years)