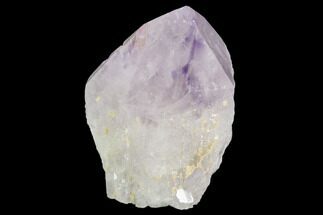 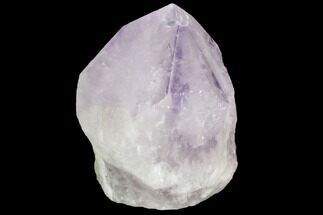 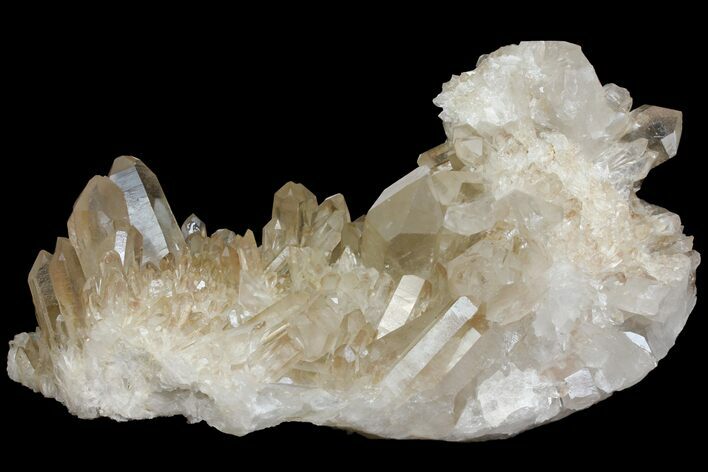 This is a huge cluster of quartz crystals from Brazil. There is a small amount of iron oxidation on the exterior of some of these crystals. Most of the crystals are all in excellent condition and only a few of the crystals have polished facets. The cluster weighs over 24-1/2 lbs and sits nicely on a flat surface without the need for a display stand. 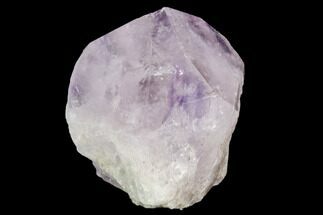 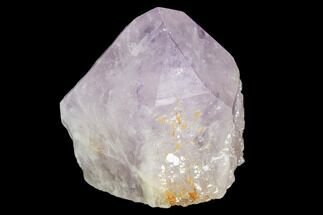 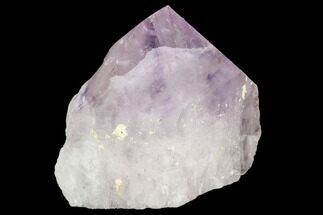 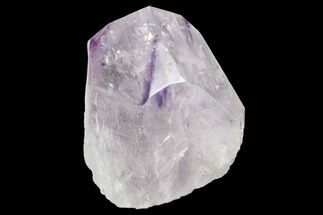 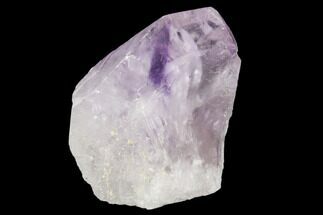