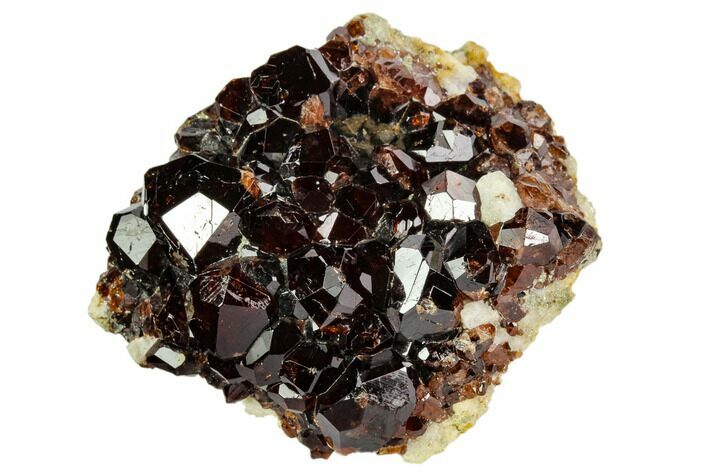 Here is a brilliant, 2.2" wide specimen that contains red spessartine garnets on a bed of white albite crystals. The garnets are in excellent condition and display a vibrant red coloration under sunlight. This specimen was collected near the Skardu area of Northern Pakistan. It's accompanied with an acrylic display stand to assist with preferred presentation.

The largest garnet on this specimen is .53" wide.


Albite is a plagioclase feldspar mineral with the chemical composition Na(AlSi3O8) when in its pure form. It is a major component of granite and granitic pegmatites, and is often found to form in association with quartz, orthoclase, muscovite, hornblende and biotite. In most cases the crystals will be white to colorless, although it has been known to display red, green and blue hues depending on impurities present during formation. Albite earned its name from the Latin word "albus", meaning white (most commonly found color).
SOLD
DETAILS
SPECIES
Garnet var. Spessartine & Albite
LOCATION
Skardu area, Northern Pakistan
SIZE
2.2 x 1.8"
CATEGORY
Garnets
SUB CATEGORY
Spessartine Garnets
ITEM
#112331
SHIPPING
Shipping & Return Policy info. 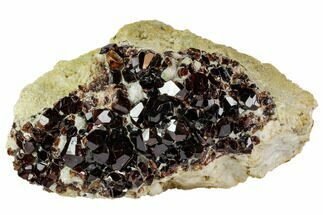