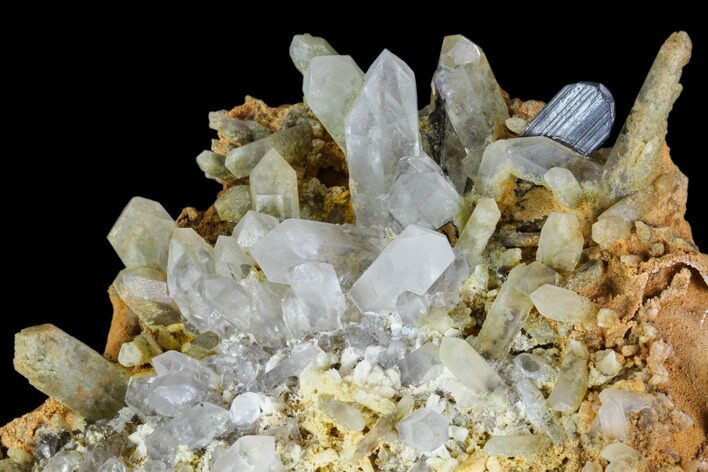 This specimen displays quartz crystals that formed in association with a brookite crystal. Some of the quartz crystals have green chlorite inclusions. Comes with an acrylic display stand to assist with preferred presentation.

Brookite is one of the five forms of titanium dioxide found in nature and forms almost always in association with another mineral, frequently with quartz. This small unique crystal is typically microscopic, though is known to grow larger in some locations. Pakistan tends to be the location where some of the most beautiful and vibrant brookite specimens come out of, for the crystals are a brown-orange translucent color, forming flat chip like projections out of matrix. In some rare cases, just the sim card-like crystals have been found intact, separated from a matrix on their own, these specimens are called "floaters". 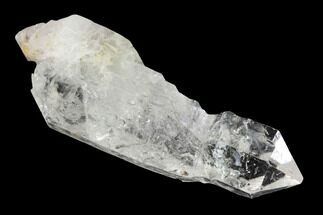 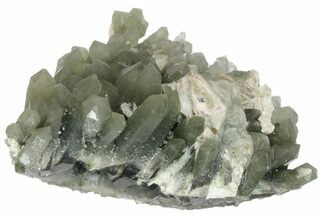 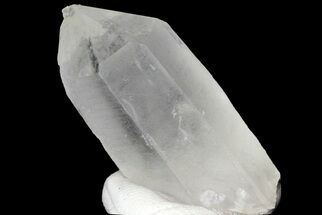 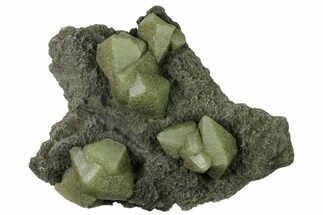 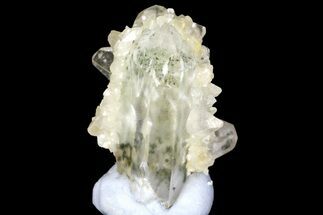