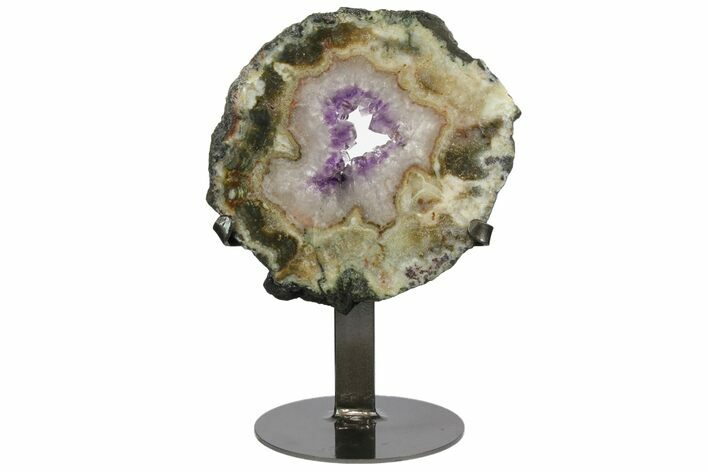 This is a gorgeous slab with amethyst and agate from the famed mines near Artiagas, Uruguay. The specimen is accompanied by a removable custom metal stand.

Agate is a variety of microcrystalline quartz that displays translucence and in some cases banding. Agate primarily forms when silica-rich fluids fill pockets within rock and/or fossils, resulting in deposition of the silica along the walls of the rock. This process can result in banding patterns as the composition and impurities of the fluids change over time. These banding patterns can either form as flat layers or rounded layers, depending on the surfaces available for deposition.
FOR SALE
$185 $166
DETAILS
SPECIES
Quartz var. Amethyst
LOCATION
Artigas, Uruguay
SIZE
6.8" tall (without stand), 10.3" on stand, about .4" thick
CATEGORY
Quartz Crystals
SUB CATEGORY
Amethyst Crystals & Geodes
ITEM
#151163
SHIPPING
Shipping & Return Policy info. 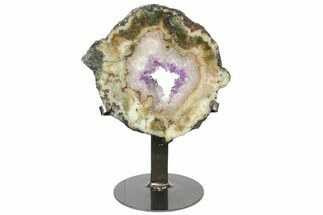 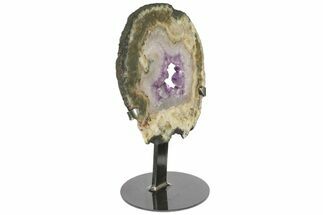 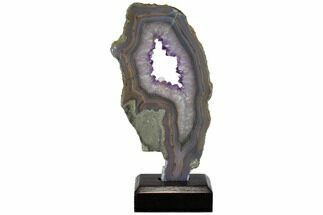 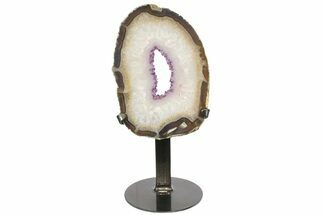 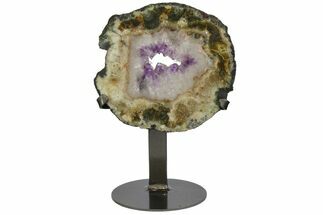 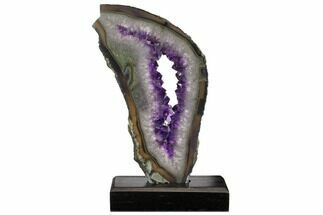 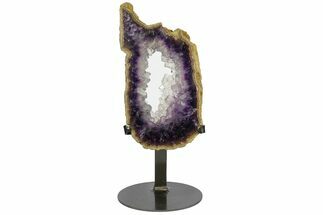 8.8" Amethyst & Agate Slab on Metal Stand - Artigas, Uruguay
$225 $196
Our Black Friday Sale Has Begun!
Up To 30% Off Of All Items Sitewide
With Black Friday falling a week later on the calendar this year, we have decided to start our sale earlier. From now through Cyber Monday (Nov 30th) everything on our website is on sale. Be sure to check back often as hundreds to new listings will be added throughout the week.