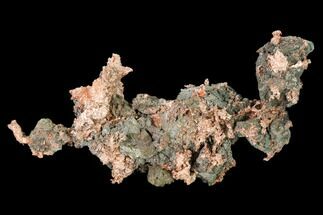 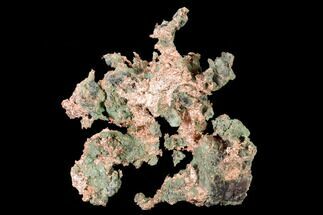 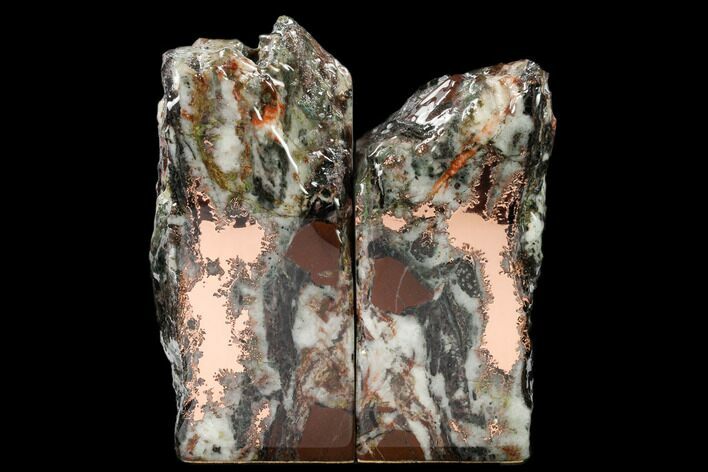 This is a pair of bookends made from copper ore mined on the Keweenaw Peninsula of Michigan. This native copper location is considered to be the most important as far as purity of the copper is concerned. Mining began here in 1845, producing copper until around 1982. In this time, over 7 million tons of refined copper were recovered from the Michigan copper mines. By the early 1900's, these mines led the world in copper production, with "Lake Copper" becoming the comparative purity standard for other refined copper.

These bookends feature the natural host rock with veins of native copper running through them. They have been cut flat on two faces, coated in a clear epoxy and the bottom edge has been lined with cork. Each bookend slightly varies in size, with one measuring 5.9" tall, 2.8" wide and 2.1" thick, while the other is 5.7" tall, 1.8" wide and 2.1" thick.

Native copper is an uncombined form of copper which occurs as a natural mineral. Copper is one of the few metallic elements to occur in native form, although it most commonly occurs in oxidized states and mixed with other elements. Native copper was an important ore of copper in historic times and was used by pre-historic peoples.

Native copper occurs rarely as isometric cubic and octahedral crystals, but more typically as irregular masses and fracture fillings. It has a reddish, orangish, and/or brownish color on fresh surfaces, but typically is weathered and coated with a green tarnish of copper carbonat.

The mines of the Keweenaw Peninsula in Upper Michigan were major copper producers in the 19th and early 20th centuries, and are the largest deposits of native copper in the world. Native Americans mined copper on a small scale at this and several other locations, and evidence exists of copper trading routes throughout North America among native peoples, proven by isotopic analysis. The first commercial mines in the Keweenaw Peninsula (which is nicknamed the "Copper Country" and "Copper Island") opened in the 1840s.
SOLD
DETAILS
SPECIES
Copper
LOCATION
Keweenaw Peninsula, Michigan
SIZE
5.9" tall, 2.8" wide, 2.1" thick
CATEGORY
Metals / Metallic Ore
SUB CATEGORY
Native Copper
ITEM
#160162
SHIPPING
Shipping & Return Policy info. 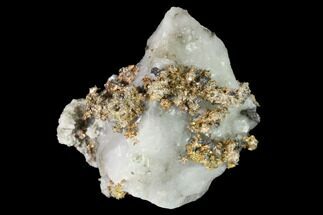 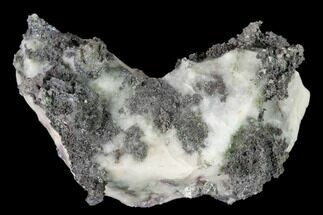 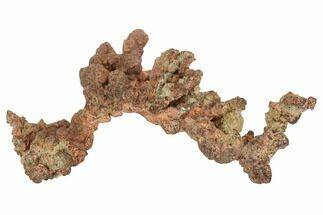 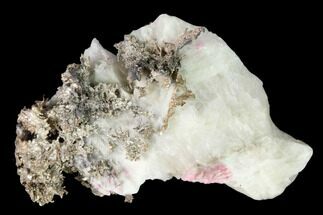 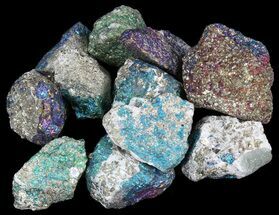 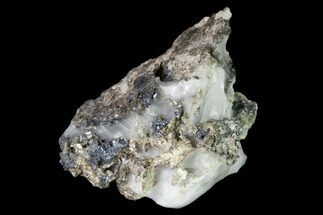