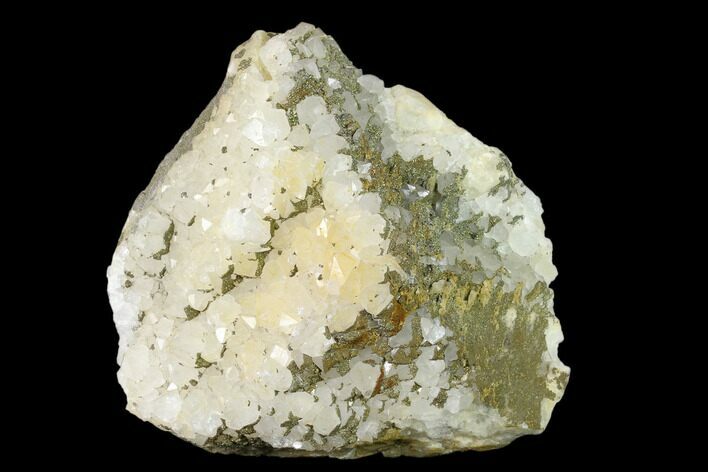 This is a cluster of quartz crystals that are partially encrusted in a thin layer of chalcopyrite, collected from the Oumjrane area of Morocco. Comes with an acrylic display stand. 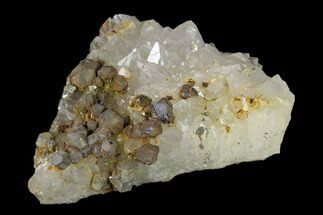 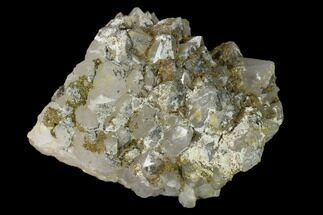