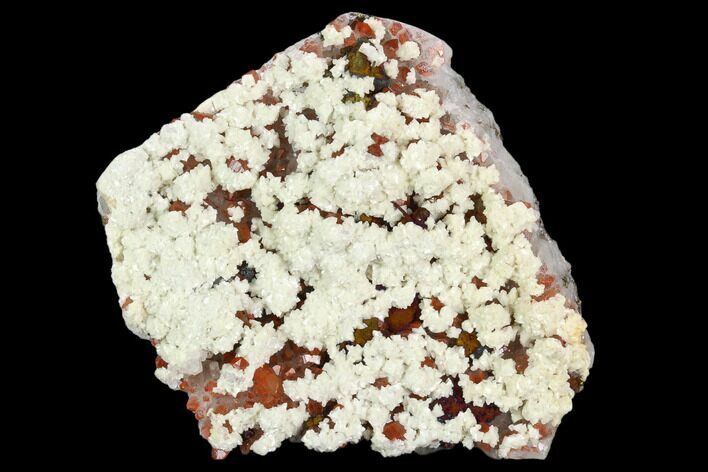 This is a pristine specimen that displays an association of chalcopyrite and dolomite crystals that all formed from a bed of hematite quartz. This mineral association was collected from China. Comes with an acrylic display stand to assist with presentation.

Chalcopyrite is a brass-yellow colored mineral which is one of the most important ores of copper. When weathered chalcopyrite loses it's metallic luster, turning a gray-green color. When acids are present the tarnish can develop a red to blue to purple iridescence.
FOR SALE
$25
DETAILS
SPECIES
Quartz, Chalcopyrite & Dolomite
LOCATION
China
SIZE
3.3 x 2.8"
CATEGORY
Metals / Metallic Ore
SUB CATEGORY
Chalcopyrite
ITEM
#128801
SHIPPING
Shipping & Return Policy info. 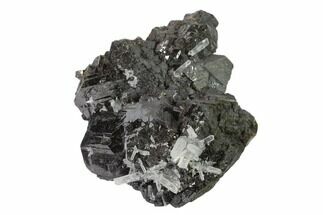 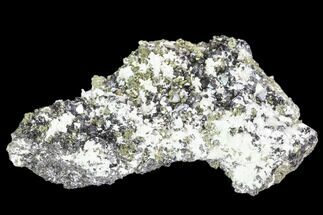 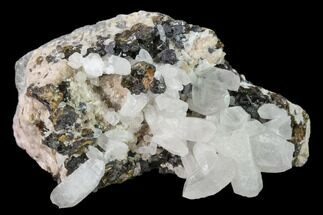 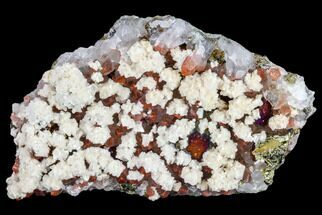