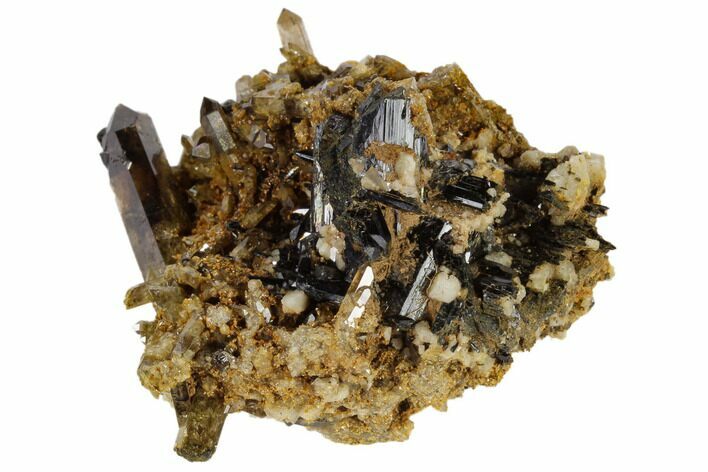 This is a beautiful 2.4" wide association of small smoky quartz crystals with white orthoclase crystals and black aegirine crystals. This mineral cluster was collected from Mount Malosa in the Southern region of Malawi, Africa.

#{smoky}
Orthoclase is a feldspar mineral with the chemical formula KAlSi₃O₈ and has a hardness of 6 - 6.5 on the Mohs hardness scale. It is considered a key component in many igneous rock formations and is one of the more abundant minerals throughout the continental crust. It can form individual crystals, however it's most commonly known for its pink coloration within granite rock. It has many commercial uses, including application in the production of a wide variety of ceramics and is sometimes used in the manufacturing of glass.

Aegirine is a sodium iron silicate with the chemical formula NaFeSi2O6. It is a member of the pyroxene group and it shares the same crystal structure as augite, however the chemical composition is different. It's known to form long slender crystals that can bare a reddish-black, brown, black or greenish coloration. 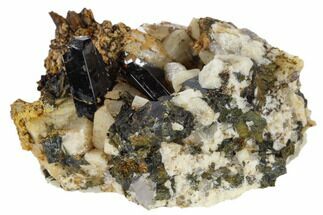 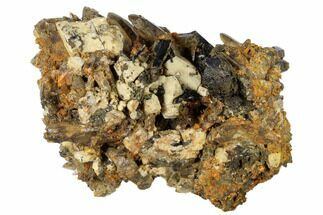 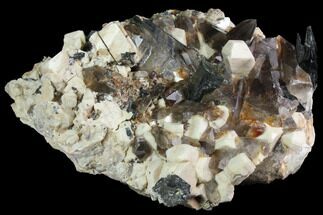 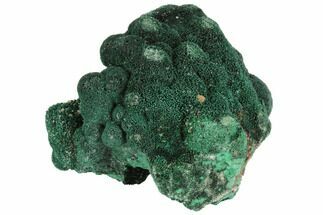 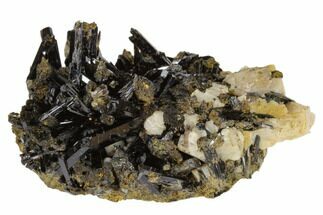