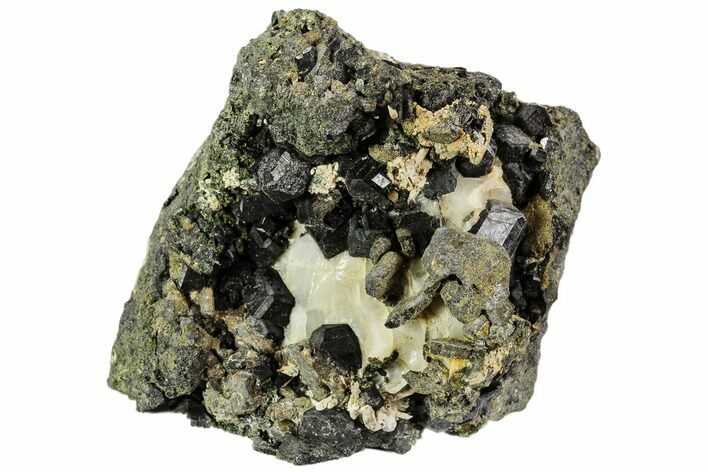 This is a beautiful andradite garnet cluster of the melanite variety. This melanite cluster was collected near Imilchil, Morocco. Small aggregations of what look to be pyrite can be found through the specimen, though the crystals also resemble marcasite and chalcopyrite. The garnets are also associated with small aggregations of biotite and calcite which can be found between the garnets.

Andradite is a species of the Garnet group, and although not as well-known as some other types of Garnets such as Almandine or Pyrope, it is the most lustrous. It tends to be opaque, so most andradite does not make for good gemstones. It occurs in skarns developed in contact metamorphosed impure limestones or calcic igneous rocks; in chlorite schists and serpentinites and in alkalic igneous rocks (typically titaniferous).

Garnets are nesosilicates having the general formula X3Y2(Si O4)3. There are many species of garnet which are pyrope, almandine, spessartine, uvarovite, andradite and grossular (varieties of which are hessonite or cinnamon-stone and tsavorite).

Calcite, CaCO3, is a carbonate mineral and the most stable polymorph of calcium carbonate. The other polymorphs are the minerals aragonite and vaterite. Calcite crystals are trigonal-rhombohedral, though actual calcite rhombohedra are rare as natural crystals. However, they show a remarkable variety of habits including acute to obtuse rhombohedra, tabular forms, and prisms. Calcite exhibits several twinning types adding to the variety of observed forms. It may occur as fibrous, granular, lamellar, or compact. Cleavage is usually in three directions parallel to the rhombohedron form.
FOR SALE
$25
DETAILS
SPECIES
Garnet var. Andradite var. Melanite, Calcite & Biotite
LOCATION
Imilchil, Morocco
SIZE
2.3" wide
CATEGORY
Garnets
ITEM
#107910
SHIPPING
Shipping & Return Policy info. 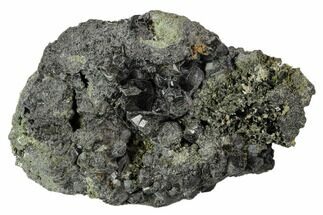 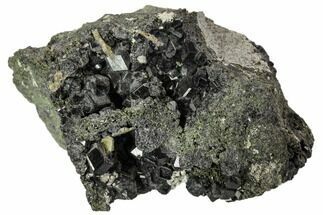 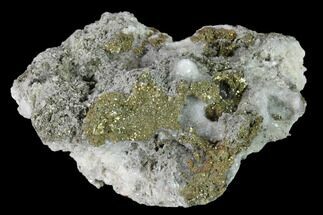 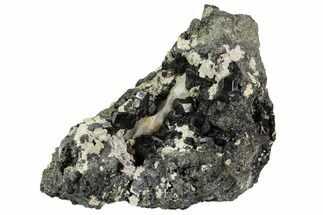 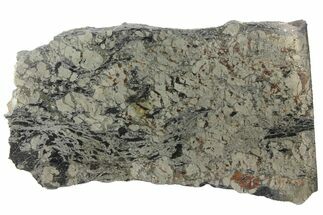