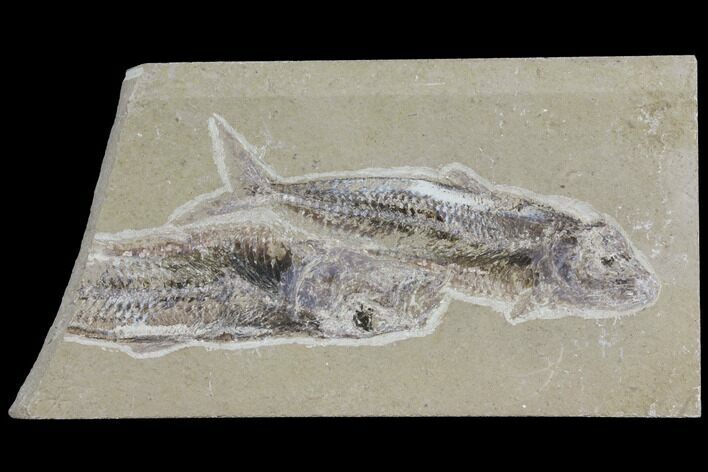 These are two fossil fish of the genus Scombroclupea, from the Upper Cretaceous quarries near Byblos, Lebanon. They've been compressed, however they still display great detail including preserved bone structure, scales and fins. The complete fish measures 5.3" long and the partial fish is 4.2" long. This specimen comes with an acrylic display stand. 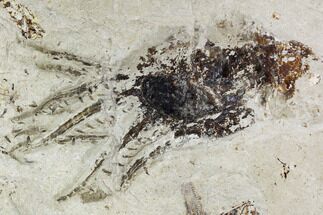