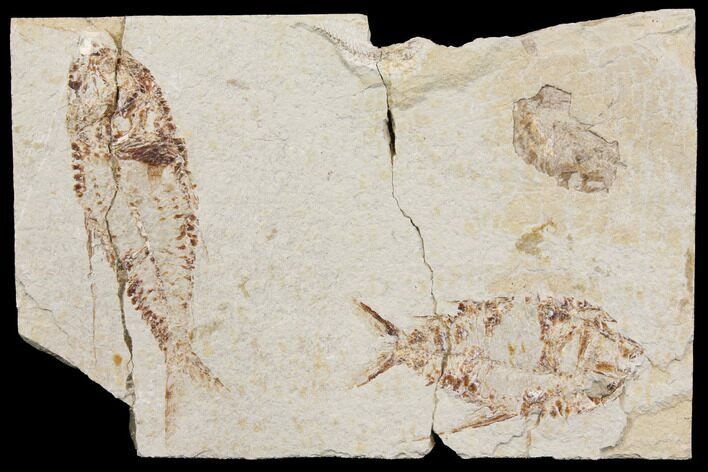 This is a pair of bargain fossil fish (Primigatus) from the Upper Cretaceous marine deposits near Hjoula, Lebanon. This is a rather rare fish from the location. There is also a fossil shrimp associated with the two fish.

There are two repaired cracks running through the rock and the fossils, hence the bargain price.Comes with an acrylic display stand.

A photo of one of the quarries at Hjoula, Lebanon
SOLD
DETAILS
SPECIES
Primigatus
AGE
Upper Cretaceous - Cenomian Stage