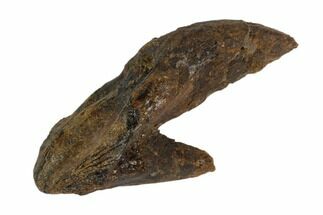 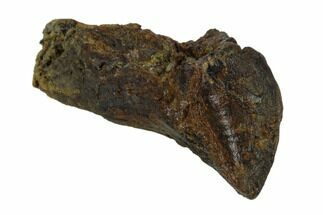 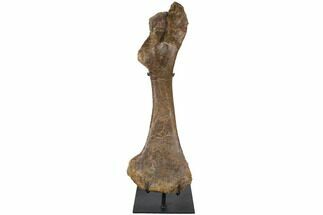 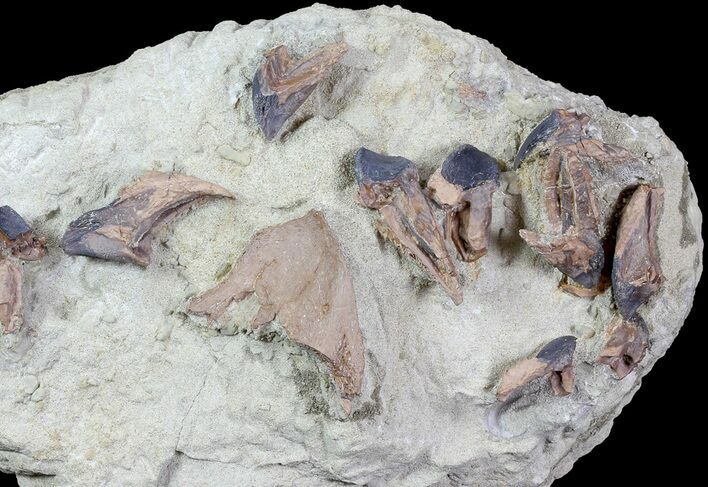 This is an incredible cluster of ten rooted Triceratops horridus teeth, as found, in a block sandstone. It was collected this past summer in South Dakota and was part of a partial jaw that had been exposed and had mostly eroded away leaving some scattered, rooted teeth. The piece has been prepared using mechanical tools and air abrasives to expose the teeth in good relief.

This is one of those really unique specimens that you may never see anything similar to again. 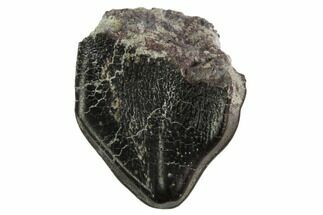 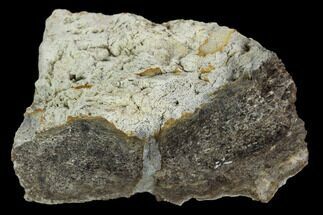 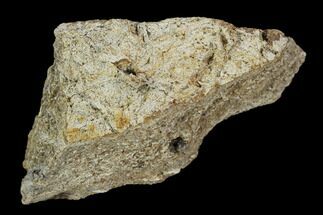 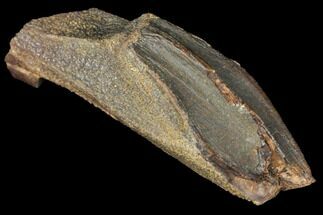