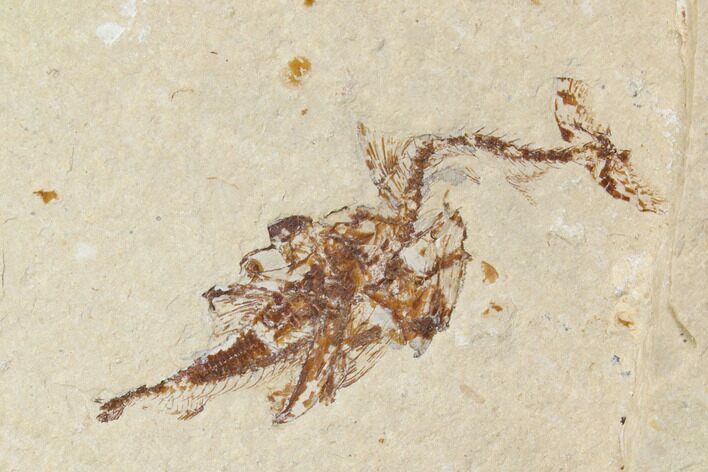 This is an incredibly rare specimen from the Upper Cretaceous marine deposits in Lebanon.

It's rare to see behavior captured this way in the fossil record. Known as an aspiration, this fossil captures a predatory Eurypholis which died trying to swallow it's prey, a slightly smaller Prionolepis. It obviously bit off more than it could chew.

I've never seen another aspiration from Lebanon and my source there says this is only the second one he's seen in the 30 years of digging.

The Eurypholis would be just under 3" if it was outstretched and the Prionolepis probably would have been about 2" long. Both the positive and negative split of the rock are included.