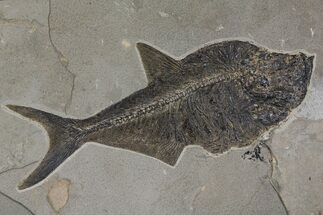 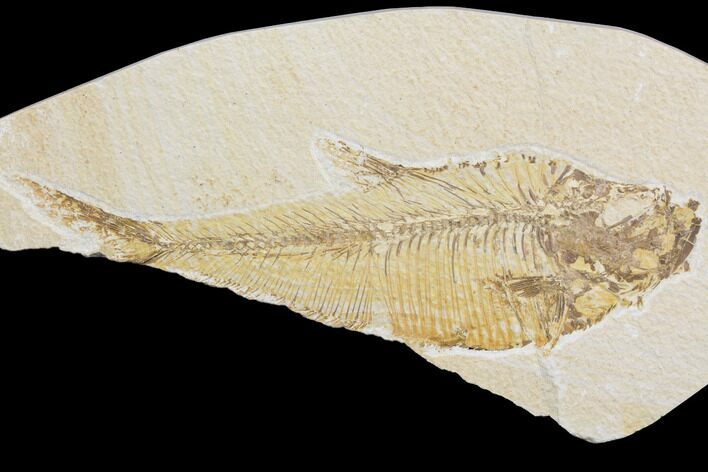 This is a 8" fossil fish (Diplomystus) from the Green River Formation near Kemmerer, Wyoming. The bones and fin rays are easily visible on this fish, but part of the tail is elsewhere, hence the bargain price. 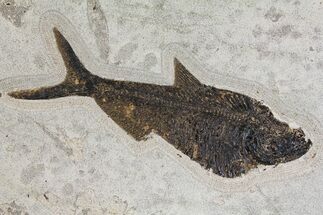 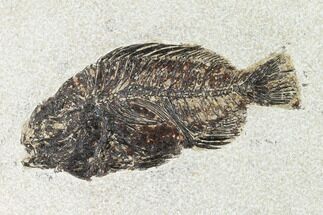 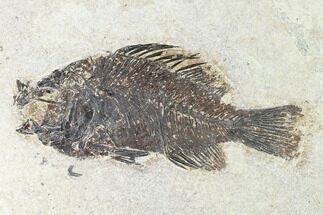