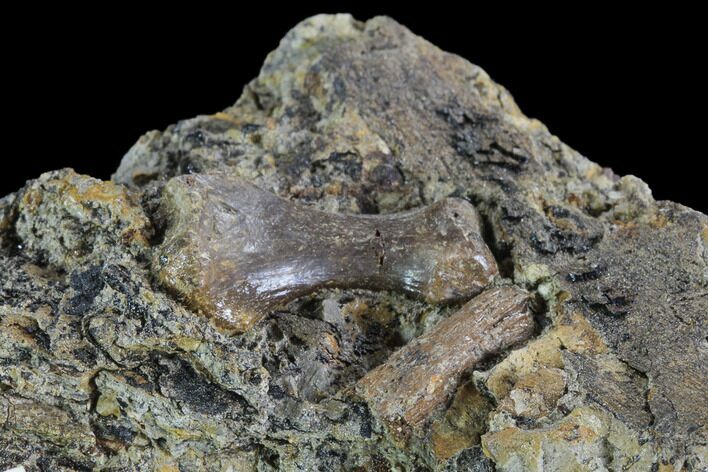 This is a .94" long metacarpal (toe bone) of a Late Cretaceous crocodilian. It was collected this fall from the Aguja Formation of Texas. It's still embedded in the rock it was found. The metacarpal is really nicely preserved and the rock contains many other bone fragments.