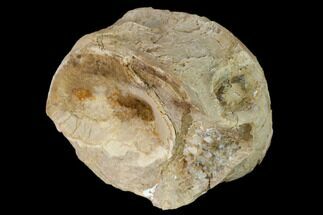 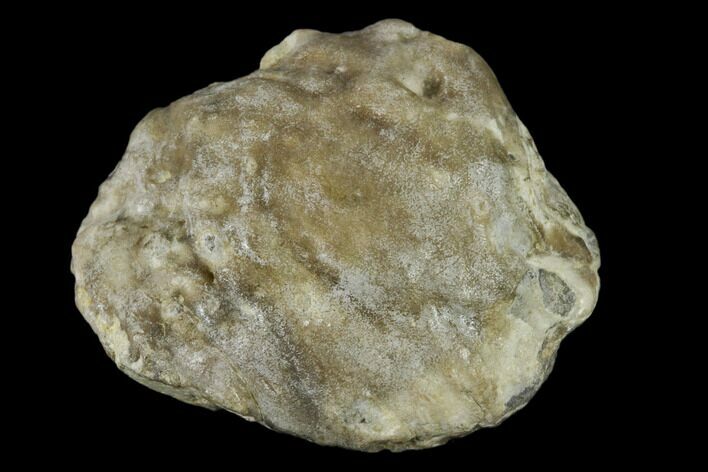 This is a .9" pearl from the Smoky Hill Chalk, Gove County, Kansas. It is likely from an oyster of the genus Inocerasmus. Pearls do not often preserve as they are composted of Aragonite which is not as stable as the calcite of the oyster shell.

Inocerasmus was very large marine bivalve distantly resembling modern pearl oysters of the genus Pteria. They had heavy shell with calcite crystals imbedded in them.

The Smoky Hill Chalk Member of the Niobrara Chalk formation is a Cretaceous conservation Lagerstätte, or fossil rich geological formation, known primarily for its exceptionally well-preserved marine reptiles. It outcrops in parts of northwest Kansas, its most famous localities for fossils, and in southeastern Nebraska. Large well-known fossils excavated from the Smoky Hill Chalk include marine reptiles such as plesiosaurs, large bony fish such as Xiphactinus, mosasaurs, pterosaurs, and turtles. 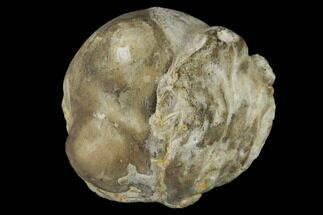 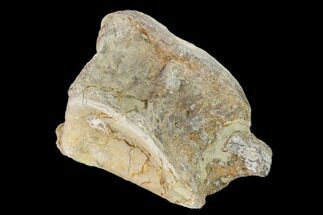