Fossils
Mammals
Titanothere
HERE ARE SOME OTHER SIMILAR FOSSILS FOR SALE 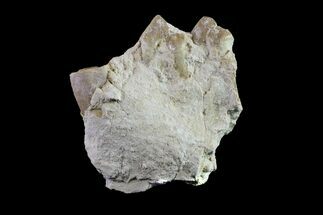 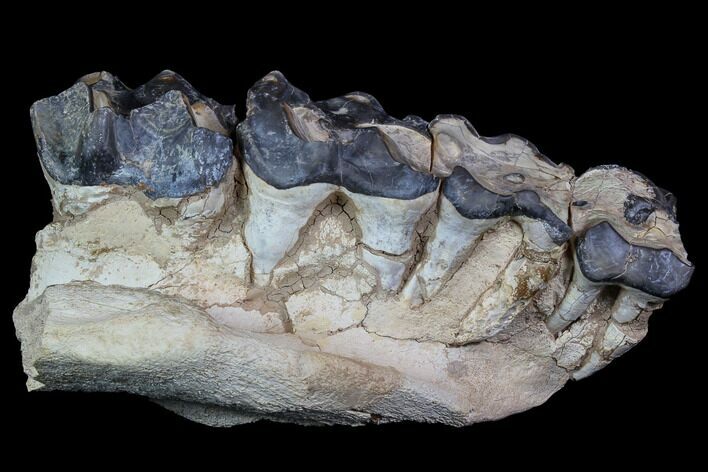 This is a 9.8" long upper jaw of a massive Titanothere, a Rhinoceros-looking animal that lived during the Late Eocene. It was collected from the Eocene aged Chadron Formation of South Dakota. There are four molars present in the jaw. Upper jaws tend to be much more desirable among collectors than the lower jaws because the molars are much wider and just generally more massive.

Restoration is pretty minimal on this jaw. Just some minor touchups to the roots of the teeth and crack fill in the jaw.


Titanothere's are an extinct, massive, mammal that lived during the Eocene. While the very closely resembled a Rhinoceros, they were more closely related to todays horses. They first appeared 54 million years ago and when extinct at the end of the Eocene, 34 million years ago. The same genus has been described several times under different names Brontotherium, Titanotherium, Brontops, etc though Megacerops was the first and therefore technically correct one.
SOLD
DETAILS
SPECIES
Megacerops sp.
AGE
Oligocene (30-35 Million Years)