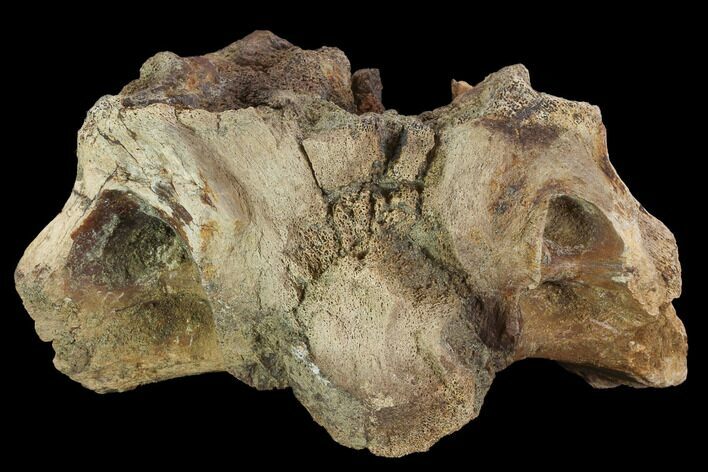 This is an 8.3" wide section of the skull of Triceratops horridus, one of the most iconic dinosaurs of all-time. Specifically, it is the supraoccipital bone (bottom and very back of the skull) containing the foramen magnum and hypoglossal canals. This specimen has areas of well preserved cortical bone.
There are no signs of repair or reconstruction. Some cracks are present and suture lines are evident.