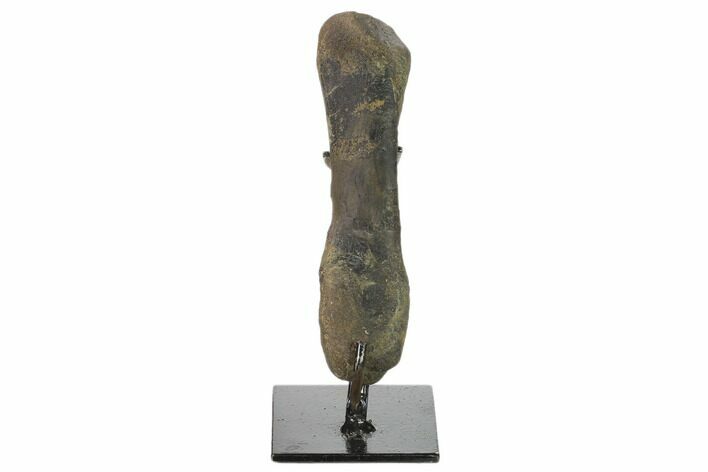 This is a really cool, 7.2" long Hadrosaur (Hypacrosaur) metatarsal (foot bone) from the Two Medicine Formation of Montana. It was collected this last summer and has been nicely prepared from the hard rock surrounding it. It was fragmented through the diaphysis, resulting in significant crack repair restoration where the bone wasn't recoverable. The proximal and distal epiphysis are weathered and have spots of gap fill restoration, however they're overall intact. 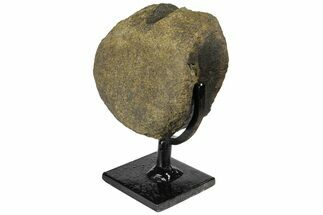