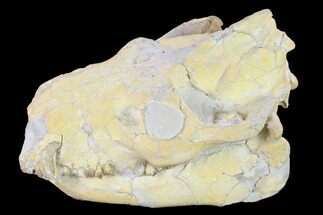 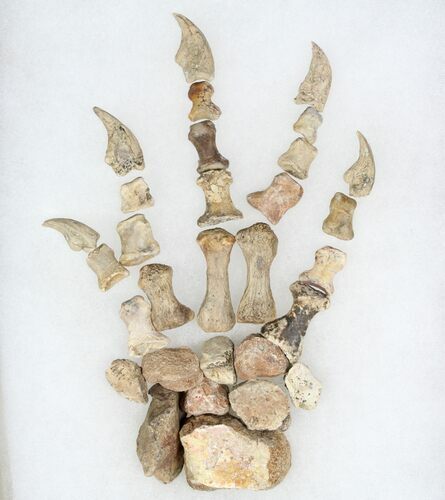 This is a 6" long foot of the large, sail-backed Synapsid, Dimetrodon limbatus. The bones were collected from Rattlesnake Canyon in Archer County, Texas a classic location that has produced a number of articulated Dimetrodon skeletons over the decades.

The foot is a composite meaning it's likely made up of bones of several individuals. All of the bones are real except for two metatarsals that were 3D printed based off another foot. A lot of work went into making sure all the bones used were the correct size and the foot was anatomically accurate. Comes with a riker mount display case.

Dimetrodon limbatus (Cope, 1877) is an Early Permian pelycosaur. This fierce predator has a distinctive sail on it's back and could reach lengths of 12 feet and exceed 250 lbs.

Dimetrodon is often mistaken for a dinosaur or as a contemporary of dinosaurs in popular culture, but it became extinct some 40 million years before the first appearance of dinosaurs. Reptile-like in appearance and physiology, Dimetrodon is nevertheless more closely related to mammals than to modern reptiles, though it is not a direct ancestor or descendant of mammals.[3]

Dimetrodon was probably one of the top predators in Early Permian ecosystems, feeding on fish and tetrapods, including reptiles as well as amphibians. Smaller Dimetrodon species may have had different ecological roles. The sail of Dimetrodon may have been used to stabilize its spine or to heat and cool its body as a form of thermoregulation. Some recent studies argue that the sail would have been ineffective at removing heat from the body, and was most likely used in sexual display.
SOLD
DETAILS
SPECIES
Dimetrodon limbatus
AGE
Permian 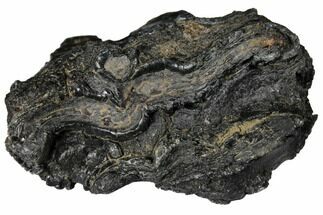 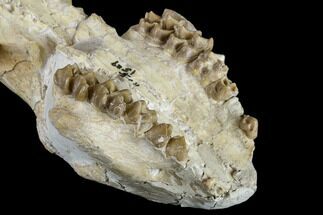 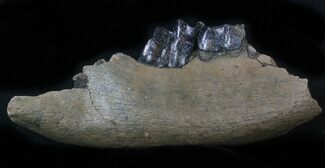 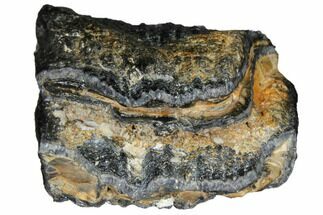