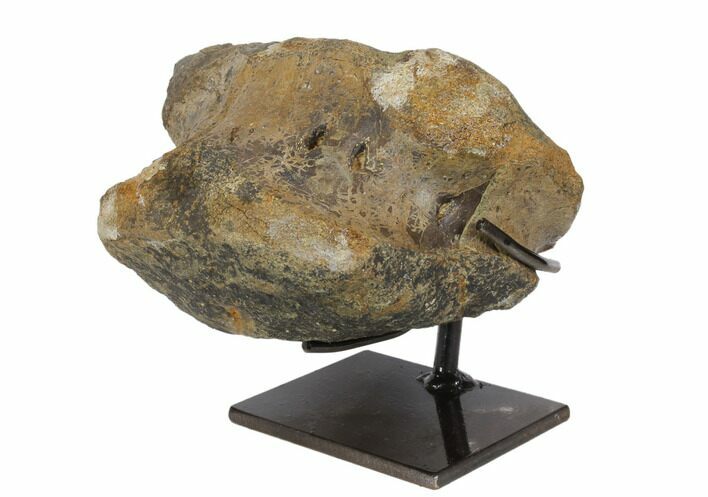 This is an awesome 6.7" wide Hadrosaur (Hypacrosaurus sp.?) sacral vertebra from the Two Medicine Formation of Montana. It was collected this last spring and has been nicely prepared from the hard rock surrounding it.

One end of this centrum is heavily weathered and required stabilization with glue in many spots. One edge of the centrum required restoration and there are small glue stabilized fractures around this vertebra. The canals that blood vessels would have gone through are visible along portions of the body.