Fossils
Mammals
Mammoth
HERE ARE SOME OTHER SIMILAR FOSSILS FOR SALE 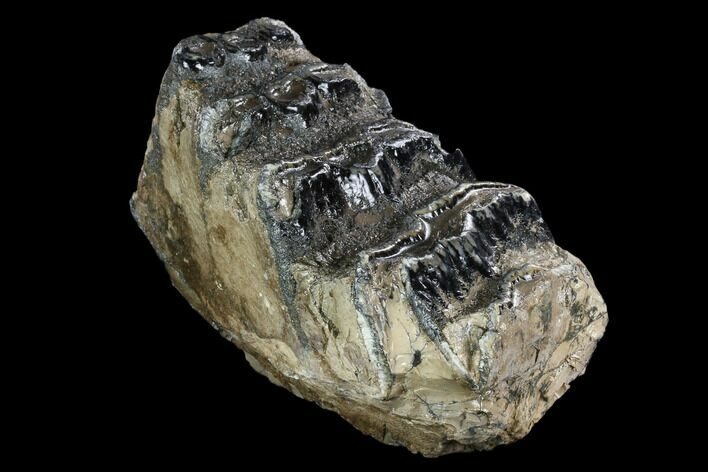 This is a rare, 5.6" molar section of Palaeoloxodon antiquus, from Hungary. It shows four prism (enamel surfaces) plates, dentin and cementum. it is in good condition with a repaired crack between the first and second plates.

Fossils of Palaeoloxodon are much rarer than those of mammoths. Palaeoloxodon antiquus were large, straight tusked, relatives of mammoths. They often reached 4 meters (13 ft) in height and resembled modern day elephants. They preferred warm conditions and flourished in the interglacial periods during the Ice Age, spreading from continental Europe to Great Britain during the warmer periods. During colder periods, the species existed in southern regions of Europe. It became extinct in Britain by the beginning of the last glacial advance, about 115,000 years ago. Eventually, it was replaced by mammoths.