Fossils
Coral Fossils
HERE ARE SOME OTHER SIMILAR FOSSILS FOR SALE 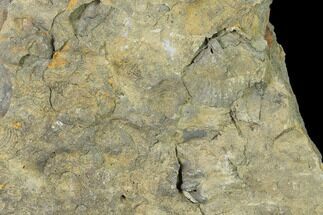 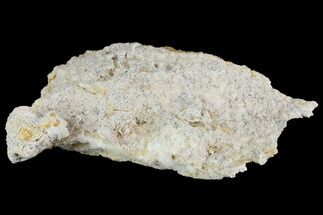 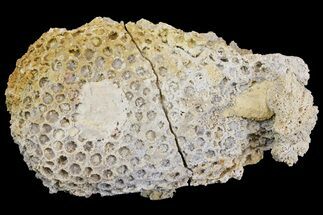 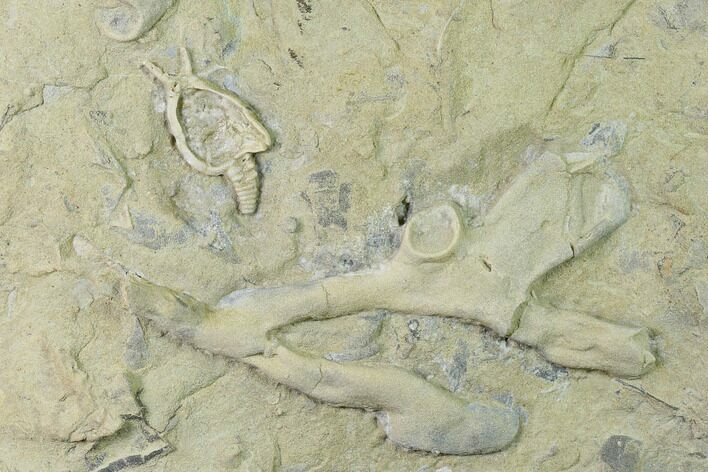 This is a fossil cystoid of the species Pleurocystites squamosus that preserved in association with fossil coral, collected from the Galena Formation of Winneshiek County, Iowa. It's Ordovician in age, making it over 444 million years old. It has been prepared under microscope using air abrasives to reveal all of the surface detail.

Cystoids extinct echinoderms similar to crinoids. They consist of a stalk, theca (body) and brachials (feeding arms). Most lived fixed to the seafloor but some were more mobile. Like modern echinoderms, cystoids were arranged in a five fold symmetric pattern and had a water vascular system. Unlike most echinoderms, Cystoids had triangular calcite plate at it body openings and its calcite plate had pores that are thought to have been for breathing.

Cystoids first appear in the Cambrian Period. They reach the peak in their diversity during the Ordivician and Silurian Periods. Cystoids die out at the end of the Devonian or early in the Carboniferous Period.

Cystoids resembled flowers but were in fact, animals. They had a stem that attached them to the seafloor, a theca, and brachials. The theca contained the vital organs of the Cystoid and was made up of calcite plated that formed a spherical or ovate body. The brachials were the feeding arms that extended from the top of the theca. These arms were arranged in three or five fold symmetry and funneled food to the mouth at their center. Cystoids and crinoids look similar but have some distinct differences. The main difference is in the shape of the main body of the organisms. Cystoids had a spherical or ovate theca, while crinoids had a cup shaped calyx. Cystoids also have triangular plates at body openings while crinoids had variably shaped plates.
SOLD
DETAILS
SPECIES
Pleurocystites squamosus (Cystoid) & Unidentified Coral
AGE
Ordovician 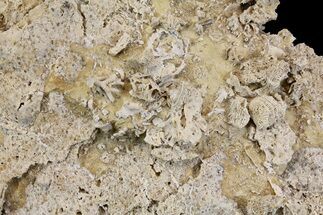