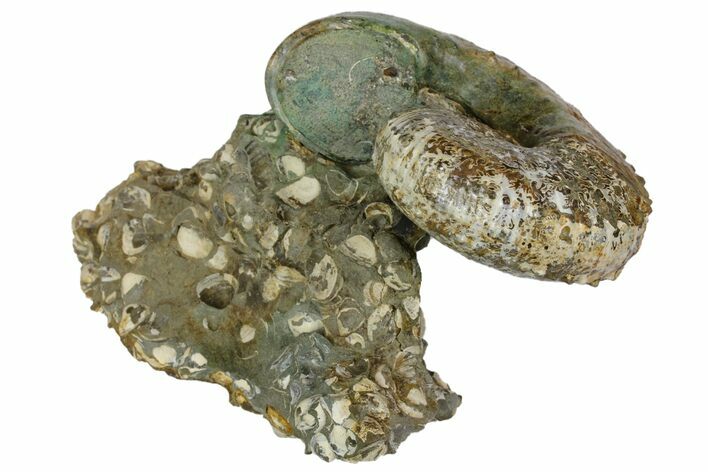 This is a 3.5" Jeletzkytes spedeni ammonite specimen collected from the Fox Hills Formation of South Dakota. It's been wonderfully prepared in the hard concretion it was found in. 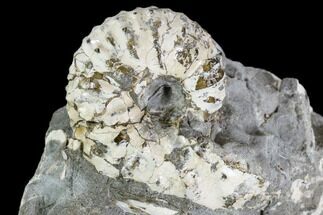 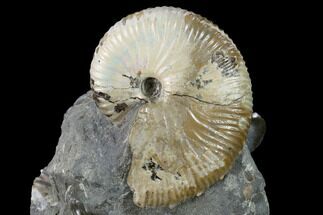