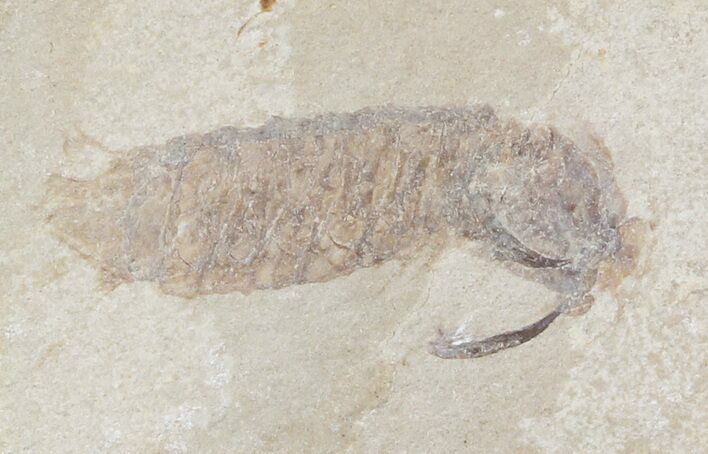 This is uncommon, fossil mantis shrimp (Sculda syriaca) collected near Hakel, Lebanon. It's finely detailed, 3/4" in length and nicely centered on a squared off slab of limestone. There are nearly 450 species of mantis shrimp alive today and they are sometime referred to as "thumb splitters" because of how they use their powerful claws to inflict damage to prey with a single strike.

The Upper Cretaceous, Lebonese lagerstätten yields some of the most exquisitely preserved fossil fish in the world. Over 80 genre are currently described, with many more still awaiting description. These beautiful fossils have been quarried near Byblos, Lebanon for well over a century and include sharks, rays, shrimp, ray-finned fishes and more.