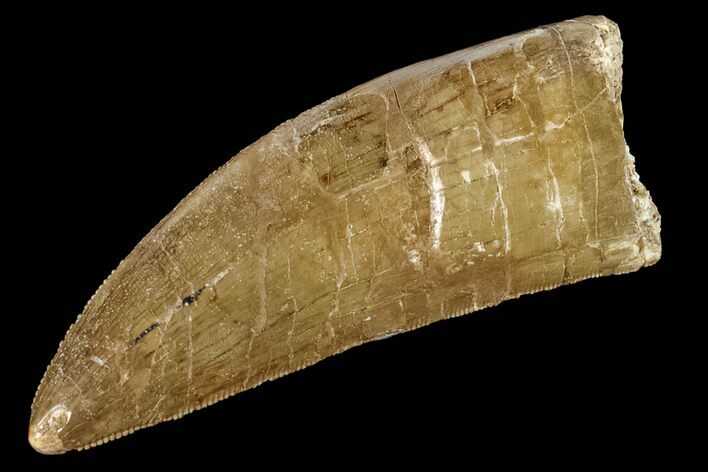 There are a few crack repairs with gap fill restoration in the lower half of the tooth.