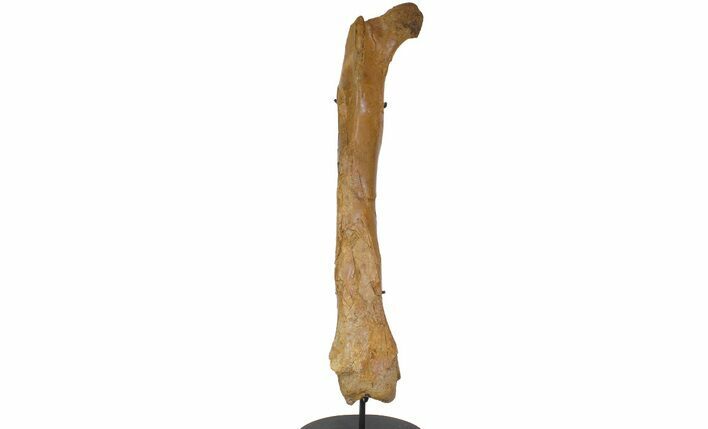 This is an well preserved 24.1" long theropod (Struthiomimus) Femur from the Hell Creek Formation, Montana. The bone is is in good condition with and only some minor repair and crack fill restoration. The It is the right femur. On its stand it makes a striking display.

Struthiomimus was long-legged, bipedal, ostrich-like dinosaurs with toothless beaks. It was estimated that they could reach a size of approximately 13 feet in length. It's thought that due to their abundance they must have been herbivores or omnivores. 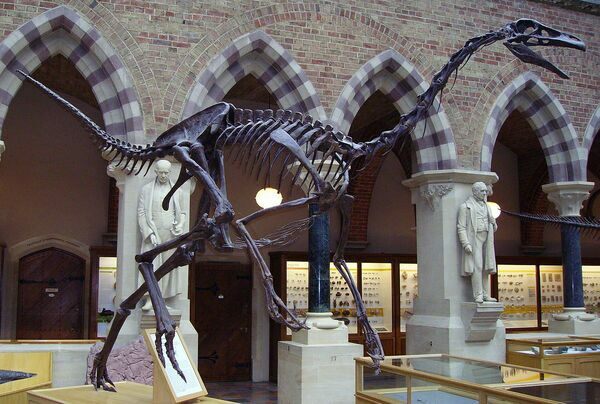 Because of its age and sedimentary composition composition, the Hell Creek Formation has become one of the most paleontological studied areas in the world. 158 genera of animals and 64 genera of plants are known from the formation and new discoveries are made frequently. In addition to Tyrannosaurs, Ceratopsids, and hadrosaurs, the formation has yielded remains of amphibians, reptiles, including lizards, snakes and turtles, fish and sharks, avian and non-avian dinosaurs, and mammals. The Hell Creek Formation gives the most complete understanding of the environment just before the Cretaceous-Paleogene extinction. 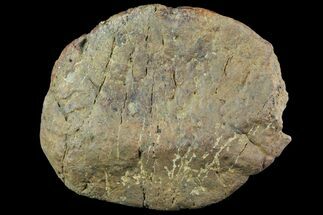 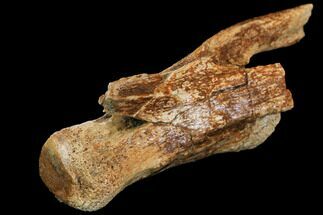