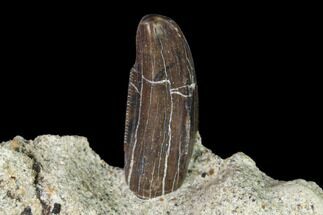 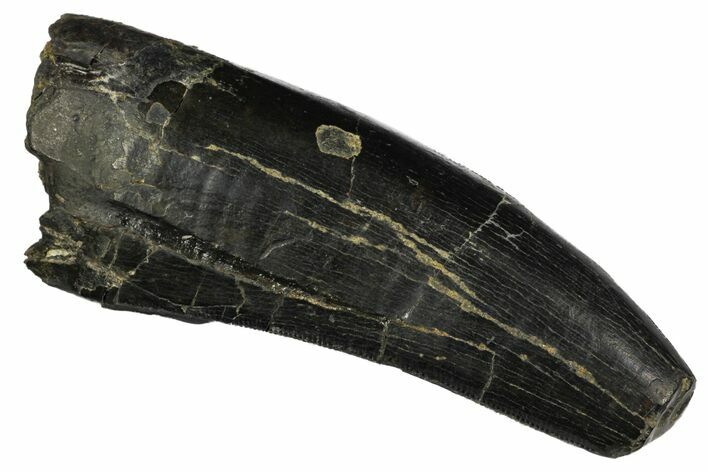 This is a beastly, 2.67" Tyrannosaur tooth collected this summer from the Two Medicine Formation of Montana. It has nice enamel and while the serrations are worn most are still visible. The tip damage is natural though it's hard to tell if it's feeding related or from the tooth being broken prior to fossilization. There are a few crack repairs in the tooth.

There are three described Tyrannosaurs from the Two Medicine Formation & Judith River Formation, Albertosaurus, Gorgosaurus and Daspletosaurus. Research done on teeth from these three Tyrannosaurs has concluded that isolated teeth are statistically impossible to assign to a specific genus because they are so similar.