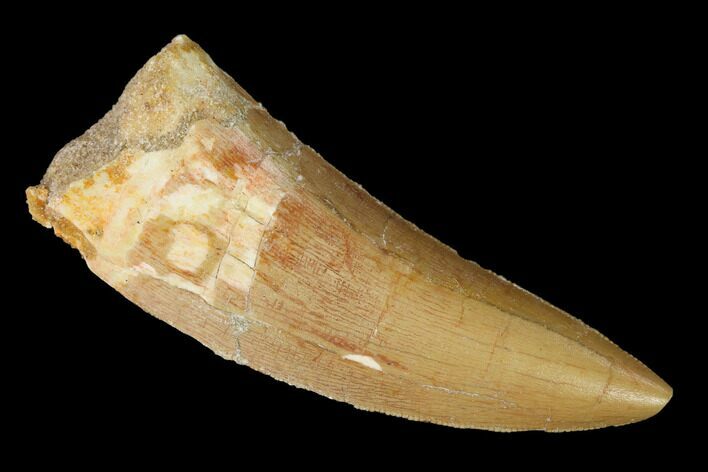 This tooth a nice serrations and enamel preservation. There was some fracturing of the tooth which required crack repair and the proximal (root) end has been stabilized with glue. There is no restoration to this tooth.