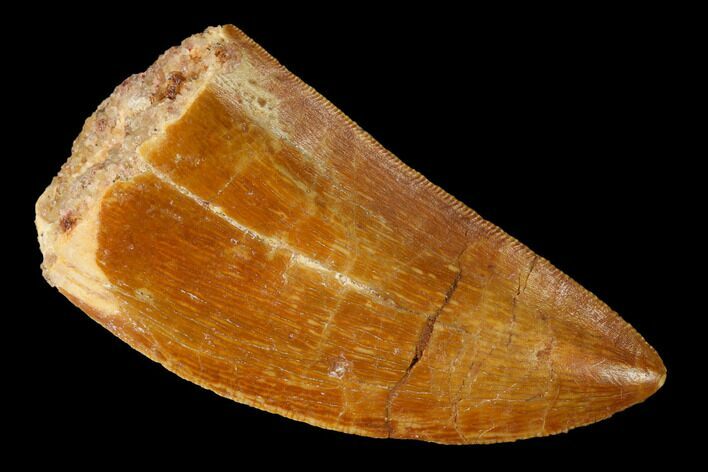 This tooth has nice serrations and enamel preservation. There is a repaired crack through this tooth which required some minor gap fill. There is also some natural fracturing of the tooth. 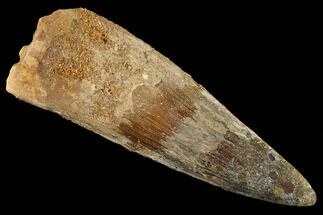