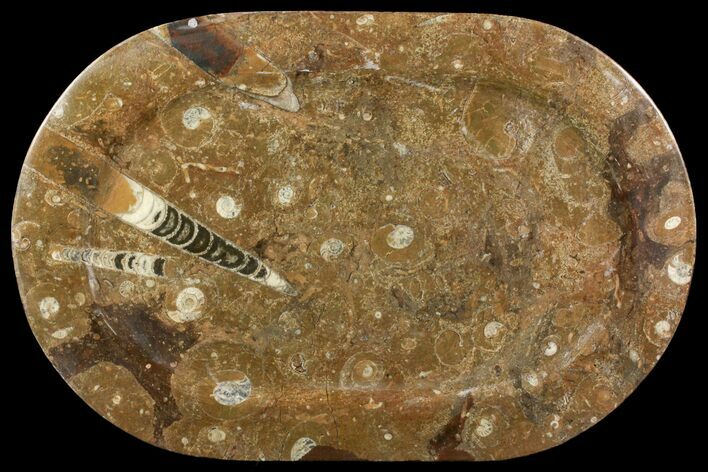 This is a beautiful stoneware serving platter made out of polished rock containing 400 million year old fossils of Goniatites and the straight cephalopod Orthoceras. The fossiliferous rock is quarried in the Atlas Mountains of Morocco and handcrafted into this beautiful stoneware. Each piece is one of a kind and have there own unique appearance making no two pieces the same. These would make for interesting serving trays or can be used for decorative purposes.

Please note: These plates are probably not dishwasher or microwave safe.

While orthoceras is the common name for these cephalopods, there are actually several different genus including Michelinoceras and Arionoceras found in association. Unless you are one of the world's leading experts on fossil cephalopods you probably won't be able to tell them apart.

Goniatites possessed a shell which was divided internally into chambers filled with gas for buoyancy. An open chamber at the front of the shell provided living space for the animal. The general morphology and habit of goniatites was probably similar to that of their later relatives the ammonites, being free swimming and possessing a head with two well developed eyes and arms.
SOLD
DETAILS
SPECIES
Orthoceras & Goniatites
AGE
Upper Devonian (370 Million Years) 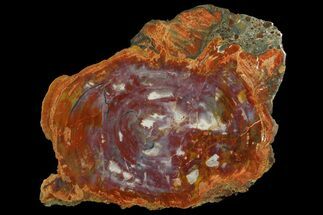