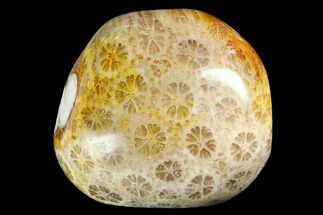 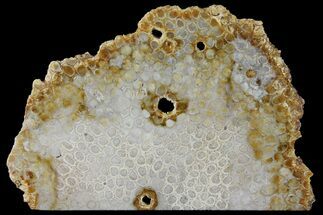 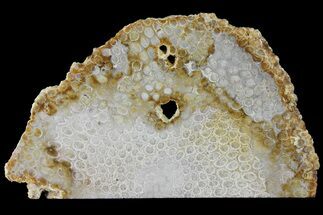 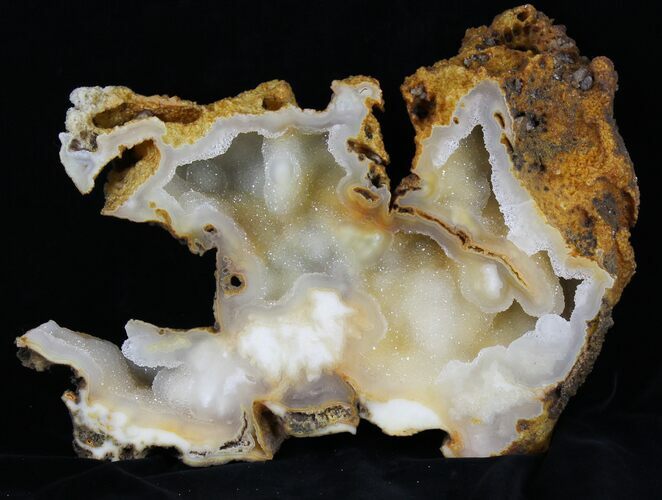 This is an huge, agatized, fossil coral "geode" from Florida. Technically it's a chalcedony pseudomorph after coral, appearing as limestone geodes lined with botryoidal agate and druzy quartz. The coral geode has been sliced in half and the surface polished. The specimen is 12" Wide, 9" Tall, 3" Deep and displays beautifully with the included display stand.

This fossil coral is Miocene (25-32 million years) in age, and was formed when fine sediments covered shallow coral reefs. As silica rich groundwater through the rock that was formed (and exposed as sea-levels dropped), it replaced the calcium carbonate skeleton of the coral with Chalcedony. There are a number of types of fossil coral present, but given the replacement destroys much of the original detail, more specific identification is difficult.
identification is difficult. 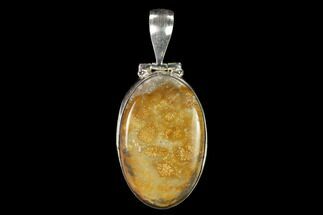 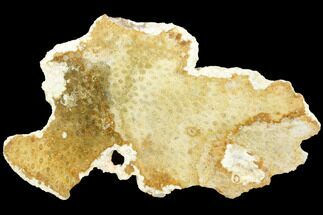 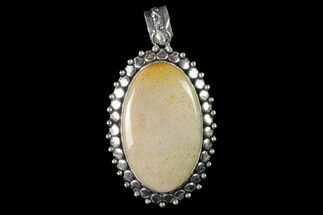 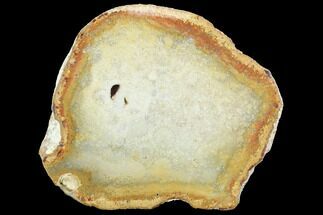 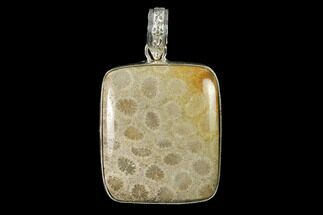