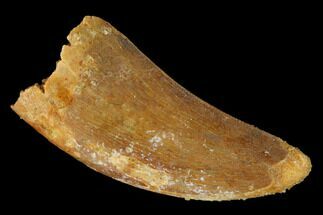 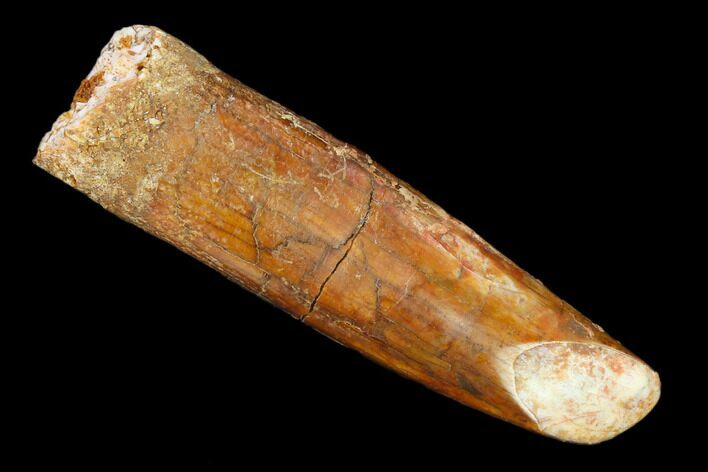 This is a 1.51" long tooth of the large Moroccan diplodocid, Rebbachisaurus garasbae. It comes from the Late Cretaceous, Kem Kem of Morocco, home to such meat eating giants as Spinosaurus and Carcharodontosaurus.

There is a repaired crack in the middle of the tooth.

is a genus of sauropod dinosaur of the superfamily Diplodocoidea, up to 20 meters (65 ft) long, that lived during the Early-Late Cretaceous period in Africa about 99 million years ago. This massive four-legged plant-eating animal had a small head, a long, graceful neck and a whiplike tail. Rebbachisaurus is distinguished from other sauropods by its unusually tall, ridged back. The discovery of Rayososaurus, a South American sauropod nearly identical to Rebbachisaurus, supports the theory that there was still a land connection between Africa and South America during the Early Cretaceous, long after it was commonly thought the two continents had separated.
SOLD
DETAILS
SPECIES
Rebbachisaurus garasbae
AGE
Late Cretaceous (95 million years) 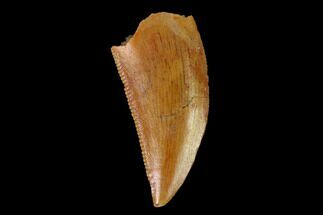