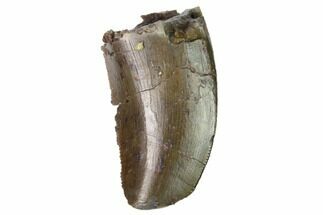 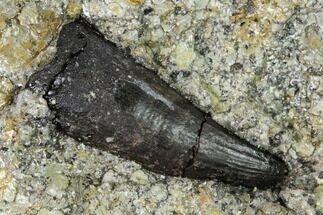 This is a 1.42" long, serrated Allosaurus collected this past summer from the famous Bone Cabin Quarry in Wyoming. It has two crack repairs near the tip.

Allosaurus was a theropod of the Late Jurassic that lived from 156 to 145 million years ago. It was a predator with a massive skull, serrated teeth, and gaping jaws. This powerful and plentiful carnivore genus could grow more than 30 feet long. Due to how plentiful it's fossils are in the Morrison Formation, it's been suggested that they may have been a pack hunter.

The Bone Cabin Quarry has historical significance because it was discovered in 1897 and excavated by the American Museum of Natural History from 1898 through 1905. It lies near the famous Como Bluff and got it's name from a nearby sheepherder's cabin built entirely out of fossil dinosaur bones. This quarry now lies on private land, where it has continued to be excavated. 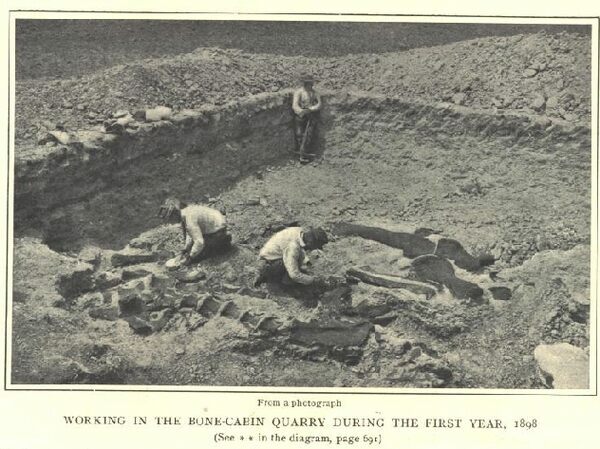 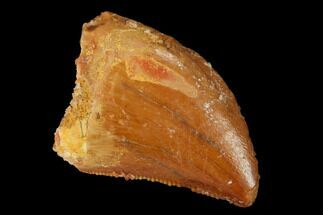