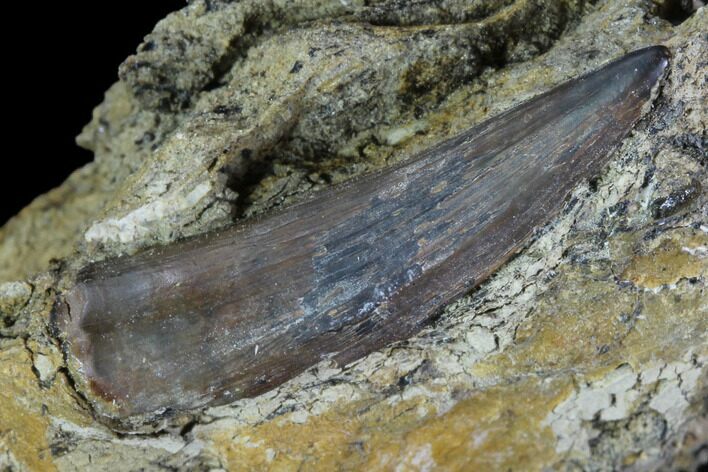 This is a 1.35" long, fossil crocodilian tooth still embedded in the rock that it was found it. Only minimal prep had been done to expose the tooth and stabilize the rock. It was collected just a few weeks ago from Aguja Formation in Texas. A really cool piece.